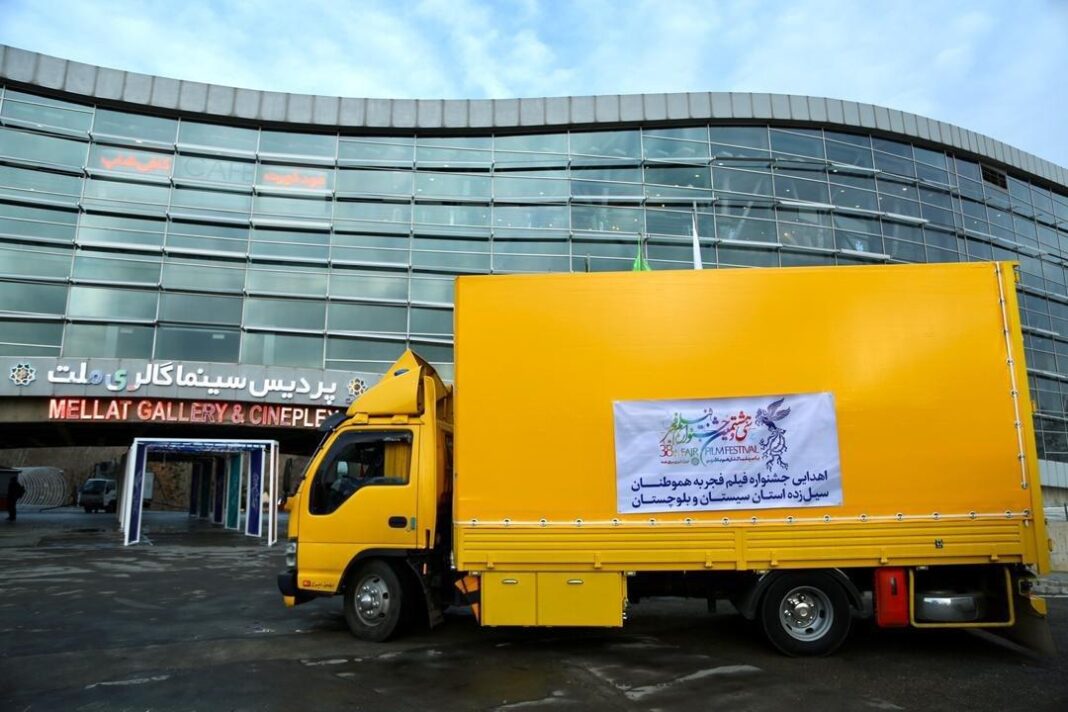 As the 38th edition of Fajr Film Festival has gotten underway in Iran, the festival organizers are donating the opening ceremony funds to the people affected by flooding in the country’s southeastern province of Sistan and Baluchestan.

But this year’s opening ceremony was nothing like the previous editions, as the organizers decided to donate the ceremony funds to the victims of the floods that caused extensive damages to the underprivileged province of Sistan and Baluchestan last month.

The budget for convening the opening ceremony was allocated to the purchase of relief aid for the flood-stricken areas.

Right after the formal beginning of Fajr Film Festival, aid convoys departed for the flood-hit province in southeastern Iran.