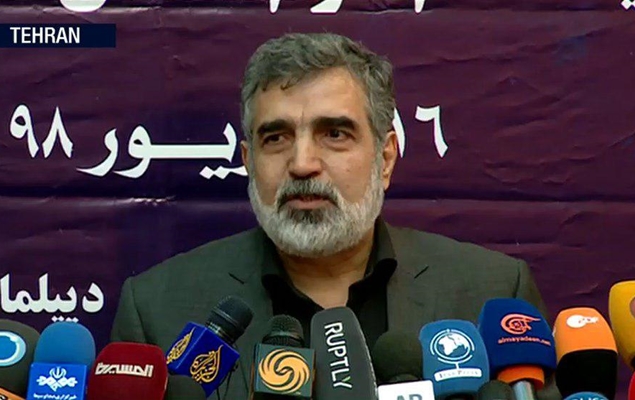 Iran says its decision to suspend restrictions set by the 2015 nuclear deal on its nuclear research and development will facilitate increasing uranium enrichment capacity to 1 million Separate Work Units (SWU).

The remarks were made by Spokesman for the Atomic Energy Organization of Iran (AEOI) Behrouz Kamalvandi in a Saturday press conference in Tehran to provide details of the third step in reducing its commitments under the JCPOA.

Back in June 2018, Leader of the Islamic Revolution Ayatollah Seyyed Ali Khamenei ordered the AEOI to prepare the country for enrichment of uranium up to a level of 190,000 SWU without any delay within the framework of the Joint Comprehensive Plan of Action.

Following the order, the AEOI chief Ali Akbar Salehi announced for the production capacity of 190,000 SWU, among other things a hall to assemble centrifuges is needed, and that many of the preparations for it have been made.

The decision to increase enrichment capacity to levels above 190,000 SWU comes as part of a decision by the country’s Supreme National Security Council to decrease Iran’s commitments under the JCPOA in reaction to the US’ withdrawal from the deal and Europe’s failure to fulfill its commitments.

In his Saturday remarks, Kamalvandi announced that the country has already put into operation a number of IR6 and IR4 centrifuges despite the JCPOA commitment to use them at the 11th year after the accord.

According to the spokesman, Iran has started feeding uranium gas into its advanced IR6 as well as IR4 centrifuges.

Also on possible increase to 20% uranium enrichment level, the nuclear spokesman said the country currently doesn’t need such level, but may consider it in the future.

Kamalvandi also noted that the country currently has no plan to reconsider its nuclear transparency and decrease its cooperation with the International Atomic Energy Agency (IAEA).