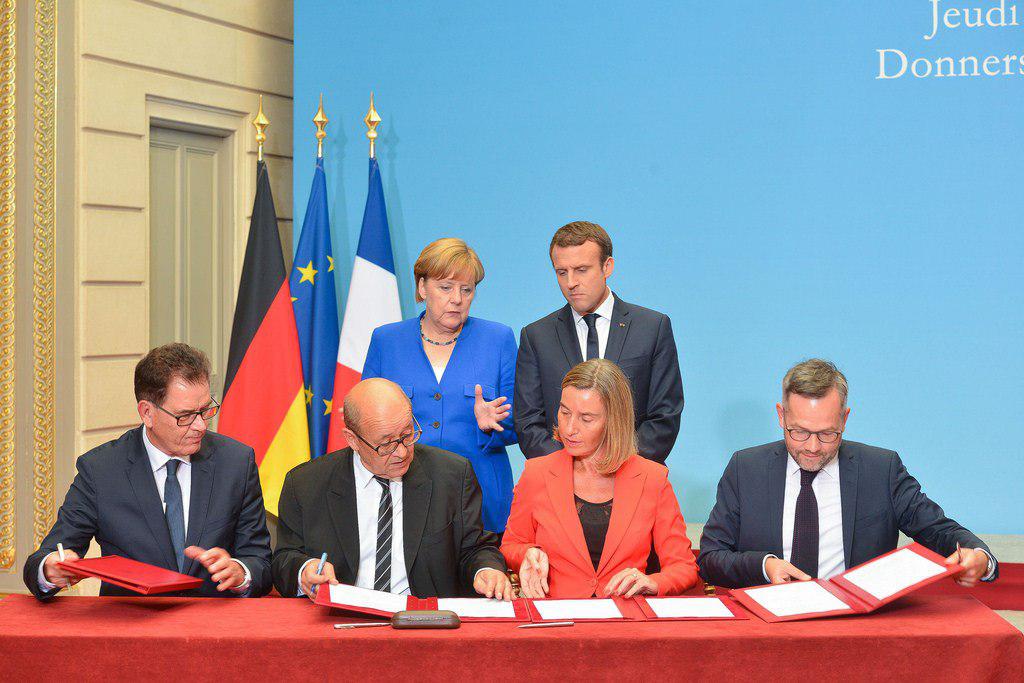 An Iranian political commentator says Europe does not have the power and resolve to guarantee that Tehran will reap the benefits of JCPOA.

Political analyst Yadollah Javani has, in an article published by Basirat news website, weighed in on the possible stance of the European countries regarding the JCPOA, and whether or not Europe can be trusted to secure Iran’s interests under the nuclear deal. The full text of the analytical piece follows.

When the US government pulled out of the Iran nuclear deal known as the Joint Comprehensive Plan of Action (JCPOA) days ago, it had not lived up to any of its commitments under the deal since the agreement went into effect on January 16, 2016. Trump’s pretexts were, in fact, the same excessive demands that the Americans thought would be met through the JCPOA. It should not be forgotten that Obama, too, said Iran would reap the benefits of the JCPOA only if it complied with the “spirit” of the deal! Therefore, there is no difference between Trump and Obama in this respect; rather, the difference is in the methods used by them to achieve their domineering and excessive objectives. From Obama’s standpoint, among the measures that could prove Iran’s abidance by the spirit of the JCPOA would be a change in Iran’s policies and behaviour on defense and military issues, especially the missile domain, and regional issues, as well as on support for oppressed nations, the resistance front and human rights. In addition to these, Trump has also called for the revision of the JCPOA in a bid to make restrictions on Iran’s nuclear activities permanent. To put it in a nutshell, the Americans believed that with the nuclear JCPOA, Iran would have no other choice but to accept missile, regional, human rights and other JCPOAs, would deviate from the path of the Revolution (whose spirit is the Iranian nation’s independence and freedom) and would step onto the path desired by the West.

Nevertheless, with the vigilance of the Iranian nation and under the guidelines of Leader of the Islamic Revolution Ayatollah Seyyed Ali Khamenei, not only did this disaster not happen and the dignity and independence of the Iranian nation were preserved, but also Iran has, in recent years, secured major and strategic achievements and victories in the region.

The United States’ failure prompted the country to withdraw from the JCPOA upon Trump’s order, though Washington had practically never entered the agreement as it had not made good on its obligations under the deal. In a brazen speech where Trump announced the United States’ pullout from the JCPOA, he said, “I am announcing today that the United States will withdraw from the Iran nuclear deal. In a few moments, I will sign a presidential memorandum to begin reinstating U.S. nuclear sanctions on the Iranian regime. We will be instituting the highest level of economic sanction. Any nation that helps Iran in its quest for nuclear weapons could also be strongly sanctioned by the United States.”

When the Trump administration came to power and it reiterated that Washington would withdraw from the Iran nuclear deal, a viewpoint emerged in Iran that it would be possible to stay in the JCPOA with the Europeans. Accordingly, Iranian President Hassan Rouhani reacted to Trump’s announcement that the US would leave the agreement, and said, “From this moment, the JCPOA would be between Iran and the five countries. From this moment, the ‘P5+1’ has lost the ‘1’ and under the current circumstances we should wait to see how major world countries will act vis-à-vis the agreement. I have instructed the Foreign Ministry to conduct the necessary consultations and talks and make the necessary arrangements with the European countries as well as two other big countries. If at the end of this deadline and short period of time we come to the conclusion that with the cooperation of all five countries we will be able to secure the Iranian nation’s demands under the JCPOA, the agreement will remain in place despite the United States and Israel’s will and their efforts and the discourteous remarks made by Trump tonight, and we can take steps to advance peace and security in the region and across the world.

Now, the question is whether or not the Europeans will act independently from the US and deliver on their commitments under the JCPOA protect our national interests or not. The answer is “No” due to two reasons:

This important point can be understood from a statement of leaders of Britain, France and Germany issued after Washington’s pullout from the JCPOA. The statement highlights a few points:

Pondering upon the above-mentioned excerpts from the joint statement by the three European countries show that Europe is stressing the same demands that Washington has from Iran. In a phone conversation with President Rouhani, German Chancellor Angela Merkel underscored some of Washington’s demands such as talks on Iran’s missile program and the country’s activities in the region. Incontrovertibly, the Europeans will, in their talks with Iran, announce that Iran’s reaping the economic benefits of the nuclear agreement is conditioned upon Tehran’s accepting to attend negotiations what would lead to second, third, and fourth JCPOA without the presence of the US. From Europe’s point of view, increasing US sanctions on Iran, especially the secondary sanctions, will be the driving force behind these negotiations. This means that the US and Europe have shared the tasks to be done for the era following Washington’s withdrawal from the JCPOA, and Europe will not adopt an independent policy vis-à-vis Iran.

So, the Islamic Republic of Iran should be realistic when it comes to securing its national interests and dignity and not to fall for the joint scheme engineered by the US and Europe. This reality has, time and again, been stressed by Leader of the Islamic Revolution Ayatollah Seyyed Ali Khamenei. He once again highlighted the point after Washington’s withdrawal from the JCPOA.

“From day one, I kept telling not to trust the US! … The result is what you are seeing now,” said the Leader.

“Two and an half years have passed, and we have fulfilled all our commitments, and now this guy says he does not accept the deal and will withdraw from it and will do such and such. And now some are saying that they want to keep the JCPOA with the three European countries. I do not trust these three countries, either. I’m telling you not to trust them, either. If you want a deal, get guarantees, tangible guarantees; otherwise, they will do the same thing that the US did … If you cannot secure such a definitive guarantee, and I think you are highly unlikely to be able to get guarantees, then it will not be possible to keep moving on the path we are now,” the Leader noted.

Ayatollah Khamenei elaborated on the current situation based on a realistic view while shedding light on the intentions of the Western governments, saying, “Today, the country’s officials are facing a major test; Will they secure the dignity and power of this lovely nation or not? The dignity of this nation must be ensured. The nation’s interests must be secured.”