EU Warned against Joining US in Blackmailing Iran 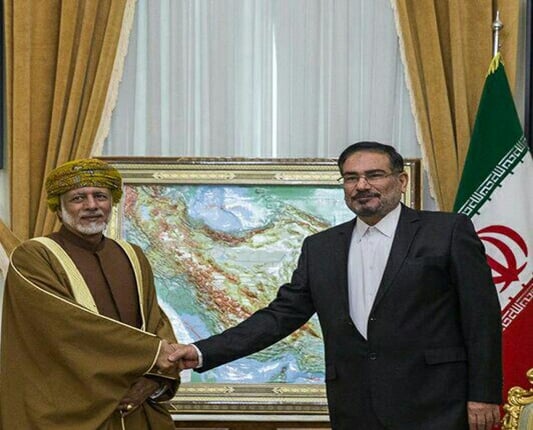 Ali Shamkhani, the Secretary of Iran’s Supreme National Security Council, has warned European countries against giving in to the US pressures.

In a Saturday meeting with Oman’s Foreign Minister Yusuf Bin Alawi, Shamkhani referred to Washington’s illegal stance towards the Iran nuclear deal and the Europeans’ passiveness towards the US as a clear urgency for the regional states to put their focus on finding local solutions for the regional crises.

“The Islamic Republic of Iran will give an appropriate response to Washington’s repeated violations of the JCPOA in due time and will not accept any change to and interpretation of the deal or any measure aimed at restricting it,” he was quoted as saying in a Farsi report by the official website of Iran’s SNSC.

Secretary of Iran’s Supreme National Security Council also warned the Europeans about being played by the US and the Zionist regime and agreeing with their blackmailing Iran under the pretext of preserving the JCPOA.

He underlined that developing relations with neighbouring states based on cooperation, restraint and mutual understanding has always been among the main principles of the Islamic Republic of Iran.

“The security of the Persian Gulf and the whole region will be guaranteed only through establishing multi-lateral relations, distancing from tension-creating measures and developing new plans based on regional and responsible partnership,” he added.

He then slammed some states for their relentless efforts to create a bi-polar environment and widen the political and security gap in the region.

Shamkhani also expressed deep concern over the massacre of innocent women and children in Yemen by Saudi Arabian and Emirati warplanes.

He warned about the deteriorating humanitarian crises in the oppressed country of Yemen and said Iran and Oman have a similar stance towards Yemen.

“Iran and Oman call for an immediate end to the Yemen invasion, establishment of truce there, sending humanitarian aid and launching intra-Yemeni talks to create new political structures based on the public will of people of Yemen,” he said.

The Iranian official underlined that Yemen’s crisis cannot be tackled by military solutions. “The only way to restore peace and security to the war-torn country of Yemen is building on the current political initiatives with the aim of involving more political and ethnic groups of Yemen in the future political system of the country.”

He also referred to the deep, strong and growing relations between Iran and Oman and said the two sides have considerable commonalities on regional issues.

“The strengthening of constructive and multi-lateral relations with its neighbours based on bilateral interests has been among the main priorities of the Islamic Republic of Iran’s foreign policy,” he said.

Shamkhani said Iran and Oman can expand their ties in different fields including economy, energy and transit and added making joint investments with the aim of developing financial, monetary, port and transportation infrastructures can provide the two sides with more diversified trade and financial capacities in the region and easier access to safe and cheap target markets.

For his part, Oman’s foreign minister praised the regional role of the Islamic Republic of Iran and said Oman has always viewed Iran as a reliable partner and a friend and brotherly state.

“We always praise the role of the Islamic Republic of Iran in protecting the security and stability of the region,” he said.

Bin Alawi referred to the geographical locations as well as scientific, technical, industrial and financial potential of Iran and Oman and said the two sides enjoy a huge capacity to develop economic cooperation and achieve new export markets in future.

“We are ready to adopt joint measures to bridge the unjustified gap in political and economic relations between Iran and Oman,” he said.

He also dismissed as unacceptable any use of military power for imposing one’s political will on others and said “as the experiences of the past years have shown, we need to hold talks instead of launching war and violence to avoid losing our valuable human and financial assets.”