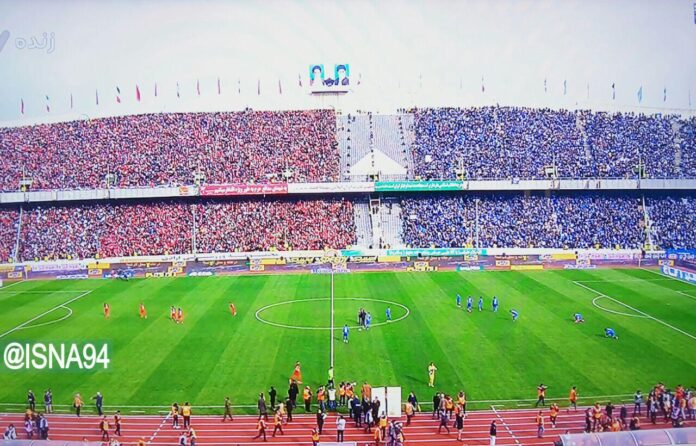 Popular football giants of Tehran Esteghlal FC and Perspolis FC have taken thousands of fans to Azadi Stadium in Tehran for “one of Asia’s biggest fixtures”, also known as Tehran Derby.

In a tweet ahead of the big game in Tehran, the Asian Football Confederation (AFC) said, “It’s #TehranDerby Day. Esteghlal vs Perspolis and one of Asia’s biggest fixtures.”

It also provided the recent form of both clubs in all competitions, which shows Perspolis has won all its previous five games, and Esteghlal has also been the winning side in the past four matches. 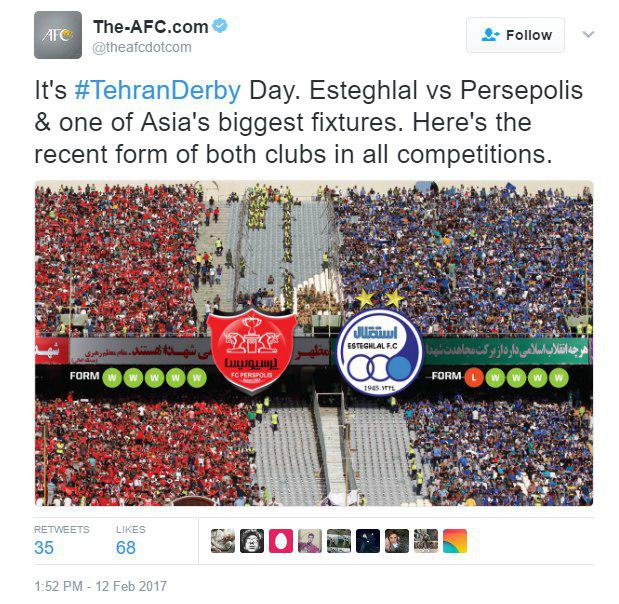 This year, it is of greater importance as the two teams are in the first three places of Iran Pro League (IPL) table.

The big match will be overseen by 2016 AFC Referee of the Year Alireza Faghani, the AFC added in another post.