Erdogan: We Will Save Region With Iran, Russia Assistance 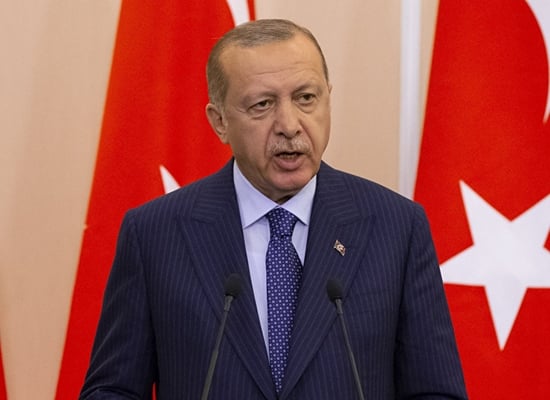 Turkish President Recep Tayyip Erdogan vowed the country is determined to stop chaos and turbulence in the region with the help of Iran and other governments.

“We are determined to get our region out of the current catastrophe with cooperation of Iran, Russia, US and the Syrian people,” he said in an address to a gathering of the ruling AKP party, ISNA reported.

Ankara has been threatening for weeks to stage a new offensive in northern Syria to drive out the US-backed Kurdish forces, following two other operations in Syria in recent years.

The Turkish Army is about to stage the operation, shelling Kurdish forces’ positions in in the northern Syrian region of Tal Rifaat.