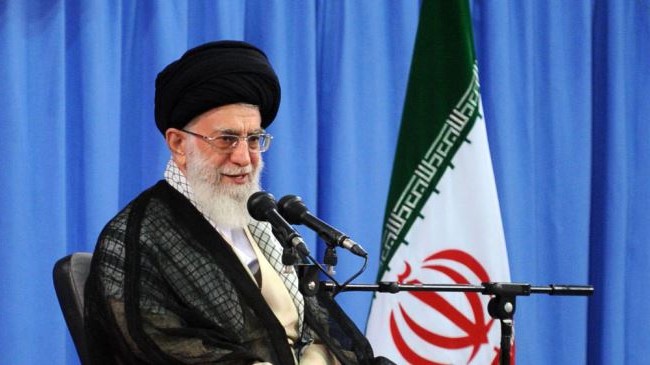 Leader of the Islamic Revolution Ayatollah Seyyed Ali Khamenei has warned against enemies’ plots to use the Takfiri ideology to sow discord among Muslim nations.

Addressing a meeting with Iranian Hajj officials on Sunday, Ayatollah Khamenei said the enemies are using the Takfiri ideology as a means to cause rifts among Muslims in an attempt to divert their attention from the issue of Palestine and serve the Israeli regime’s interests.

Ayatollah Khamenei then described the Palestinian issue as the most important concern of the Muslim world, adding, “The issue of Palestine is the top priority of the Muslim world which should be addressed during the Hajj [rituals].”

The Leader emphasized that Muslims have the “upper hand” with regard to the issue of Palestine, saying the defeat of the Israeli regime, as the West’s symbol of power in the region, in the 50-day war against the besieged people in the Gaza Strip was an apparent example of this issue.

“The recent victory in Gaza demonstrated that Muslims are powerful and have great capabilities and can challenge any enemy and defend themselves,” Ayatollah Khamenei pointed out.

Israel started pounding the Gaza Strip in early July, inflicting heavy losses on the Palestinian land. Almost 2,140 Palestinians, mostly civilians, including women, children and the elderly, were killed in the Israeli onslaught. Around 11,000 others were injured.

The Leader said hegemonic powers are making efforts and hatching plots to drive a wedge among Muslims and described the Hajj pilgrimage as a unique opportunity to strengthen unity and understanding among Muslims and settle their differences.