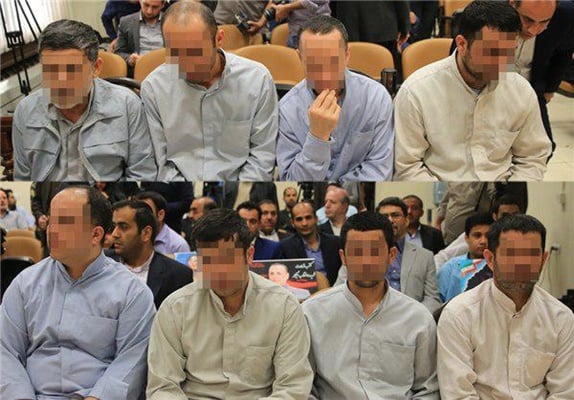 A Tehran court has handed down death sentences to eight ISIS elements convicted in the case of a terrorist attack in the Iranian capital back in 2017.

The eight, all of them operatives of the ISIS terror group, were found guilty of being accessories to “promotion of corruption on earth,” and received the death penalty, said Mousa Ghazanfarabadi, the head of revolution courts of Tehran.

According to Fars News Agency, the defendants (convicts) or their legal attorneys will be notified of the court ruling, and they will have 20 days to appeal, said the top official.

“After an appeal is made, the case will be referred to the country’s Supreme Court where a decision will be made on the finality of the verdict,” he noted.

He said eighteen other defendants of the case will be tried in due time.

On 7 June 2017, two attacks were simultaneously carried out by a number of ISIS terrorists  on the Iranian Parliament building and the holy shrine of the founder of the Islamic Republic, Imam Khomeini, both in Tehran. The attacks left 17 civilians dead and 43 wounded. The shootings were the first terrorist attacks in Tehran in more than a decade, and the first major terror attack in the country since the 2010 Zahedan bombings.

Iranian security services stated on 8 June, 2017, that they had identified the militants responsible for the twin events, disclosing the men’s first names, and detailed that they had entered Iran in August 2016. The terrorists reportedly served in a clandestine cell linked to Wahhabi-related networks.