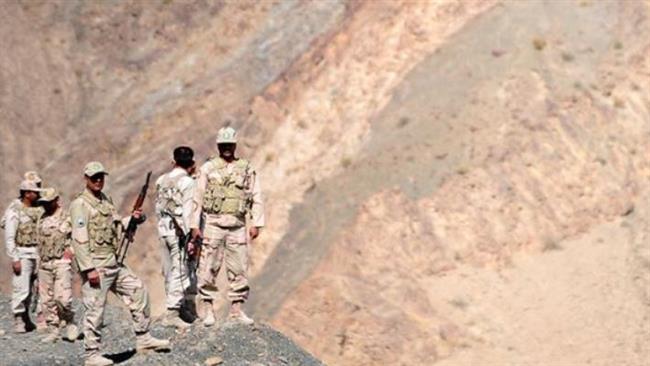 The terrorists have fled to Pakistan after the incident and a request has been made to Pakistan to apprehend the culprits and hand them over to Iranian authorities.

Eight border guards have been killed by terrorists in the southeastern province of Sistan and Baluchestan near the border with Pakistan, a provincial official says.

The eight were killed in a border area in the southeastern town of Negur on Monday when clashes broke out with terrorists who had entered Iran via the Pakistani border, IRNA quoted Sistan and Baluchestan Deputy Governor Ali Asghar Mirshekari as saying.

Negur is the main town of Dashtiari district in the Chabahar County, one of Iran’s southernmost regions.

During the ensuing gun battle, three of the assailants were also killed by Iranian forces.

Mirshekari added that the terrorists fled to Pakistan after the incident and that a request had been made to Pakistan to apprehend the culprits and hand them over to Iranian authorities.

Earlier on Monday, Iran’s Islamic Revolution Guard Corps (IRGC) destroyed a terrorist group in the southeast of the country.

All members of the terror team which was affiliated with foreign spy services were killed in an operation by IRGC’s ground forces in Qasre Qand and Nik Shahr regions in Sistan and Baluchestan, according to a statement by the Public relations office of the IRGC’s Qods Headquarters.

Sistan and Baluchestan Province has seen similar attacks by terrorists who launch hit-and-run attacks and flee to neighboring Pakistan.

Iran has repeatedly criticized its eastern neighbor for failing to rein in the terrorists.