Ebtekar Speaks of “Planet” and “Peace” at the Environment, Religion and Culture Seminar 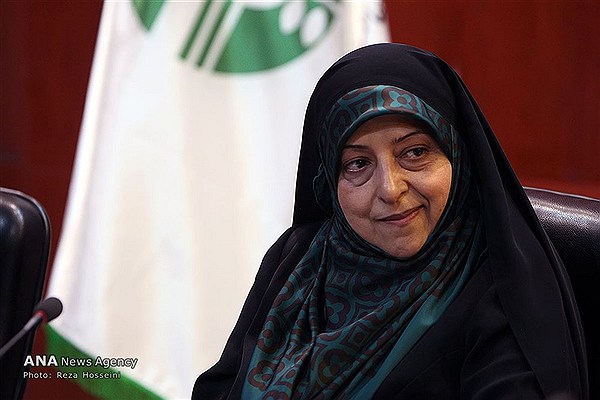 As reported by Ana News and translated by IFP, Masoumeh Ebtekar, Vice President and Head of the Environmental Protection Organization, attended a seminar about the interconnection between religions, cultures and the environment on Apr 26. Here are her own remarks on what she saw there, as well as the two speeches she gave to the delegates.

Yesterday, with all my work, I got a chance to attend the International Seminar of the Environment, Religion and Culture held in the Environmental Protection Organization headquarters, in the presence of representatives from different religions and nationalities.

In the first panel, called “Planet,” there was a talk about the knowledge and deep attachment of Indigenous communities, like American Indians, with nature. Their relations with nature go far beyond fulfilling their initial needs, and they have a spiritual and emotional relation to it. Such communities try to bring the educational process into the frameworks of spiritualism and understanding, so they can affect the human soul.

One of the people present there asked about the effect of human interference in nature, such as transgenic products. The lecturer replied, saying that the indigenous communities have an innate knowledge toward the importance and varieties of natural species, therefore they’ll protect them.

It reminded me of the Holy Quran and Yusuf Surrah, “Set me over the storehouses of the land; I will indeed guard them with full knowledge. Thus did we give full authority to Yusuf in the land, to take possession therein, as when or where he likes. We bestow of Our Mercy on whom we please, and we make not to be lost the reward of Al-Muhsinun.”

I asked to be given some time to talk briefly about being a “Full-Knowledge Guardian” of the earth’s resources, and pointed out that followers of different religions have forgotten such words and phrases in their holy books.

I then went to the second panel, called “Peace,” which was held simultaneously in another hall. As soon as I arrived, one of the foreign Christian guests made a criticism at the presence of representatives from the Vatican. They said, “The destruction of the world is a matter for civilizations, and it has its root in the fact that women and the female soul has been forgotten in the guardianship of the world – in some interpretations of religion, it has been fully denied. Some Christians believe women are the devil’s playthings, and this is the same perverted view that has led to the earth’s destruction”.

There too, I spoke to the audience, reciting a few lines about the story of Queen Saba in the Holy Quran, who was a clever manager and governor, saving her land from war and instability. She went through the “passageway of the soul,” instead of relying on common and popular solutions of the time.

I hope this seminar and its meetings become an opportunity for thinking about the environment through the eyes of various religions and cultures, which are followed by billions of people in the world.