I Had Earlier Warned against Taliban’s Hard-Line Schools in Pakistan: Rafsanjani 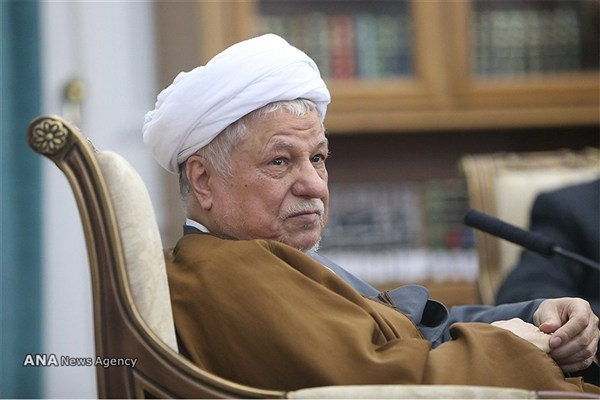 Chairman of Iran's Expediency Council called for increased attention to the warning he had earlier given about the establishment of hard-line schools for Taliban affiliates in Pakistan.

“I had forewarned about the dire yet logical consequences of the fanatical, misleading education in these school,” Ayatollah Rafsanjani said a meeting with Grand Ayatollah Allama Hafiz Syed Riaz Hussain Najafi, the principal of Pakistan’s seminary Jamia-tul-Muntazar and a group of scholars from several Islamic seminaries including Copenhagen’s Madina-tul Elm, Islamabad’s Madina-tul-Elm and Qom’s Imam al-Muntazar.

Ayatollah Hashemi drew attention to the plight of Muslims in Afghanistan, Iraq, Syria, Saudi Arabia, Bahrain, Libya, Palestine, Kashmir and Yemen, and added, “It breaks Muslims’ hearts to see these conflicts in the world of Islam.”

“Terrorist hardliners have tainted the reputation of Islam,” he said, adding that “Taliban, Al-Qaeda, Boko Haram, ISIS and many other terrorist outfits across the world are the offspring of these schools.”

Ayatollah Hashemi pointed to the historical, cultural and religious commonalities between Iran and Pakistan, and stressed, “Tehran and Islamabad should expand ties and strengthen relations based on these capacities in a bid to ameliorate the current situation towards friendship.”

Ayatollah Hashemi embellished his remarks by reciting verse 45 of surah Al-Anfal from the holy Quran that warns Muslims to beware of dispute.

At the end of the meeting, Ayatollah Najafi invited Ayatollah Hashemi to pay a visit to Pakistan.