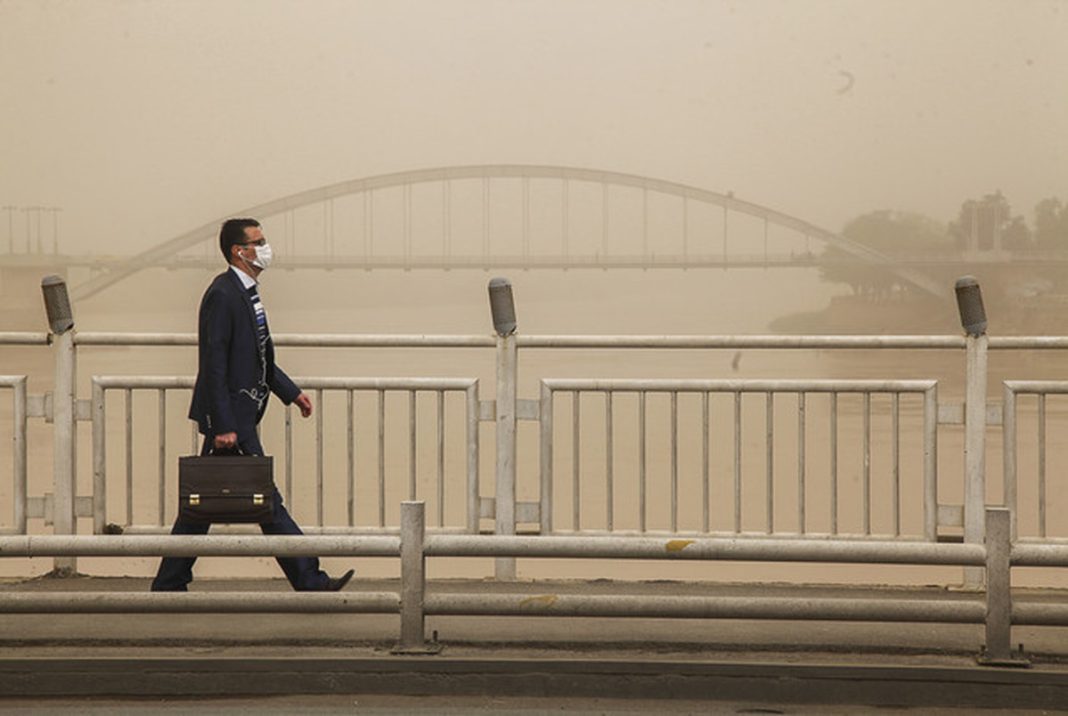 The head of Abadan Environmental Protection Department says the amount of dust in this southern Iranian city at 8 am on Friday reached 6,831 micrograms per cubic meter, which is more than 45 times the standard level.

He urged Abadanis to wear masks outdoors under these circumstances.

The Khuzestan Meteorological Department issued an orange warning on Thursday regarding the entry of dust into the province from Iraq on Friday. Meanwhile, thick dust has caused problems in parts of the western provinces of Ilam and Kermanshah.

A meteorologist in Ilam says visibility in the cities of Mehran and Dehloran is less than 100 meters but it varies in other cities and towns there.

A medical source warn particulates exacerbate respiratory diseases and asthma in high-risk groups, including the elderly, children and pregnant mothers.

He added that risks differ depending on the substances in the particulates.

The official also said the particulates can contain depleted uranium particles from the Persian Gulf War in the deserts of Iraq, Kuwait and Saudi Arabia under certain conditions.

He said: “These particles are very dangerous and can cause cancer and incurable diseases, urging people to avoid exposure to polluted air as much as possible and to wear standard masks when leaving home.