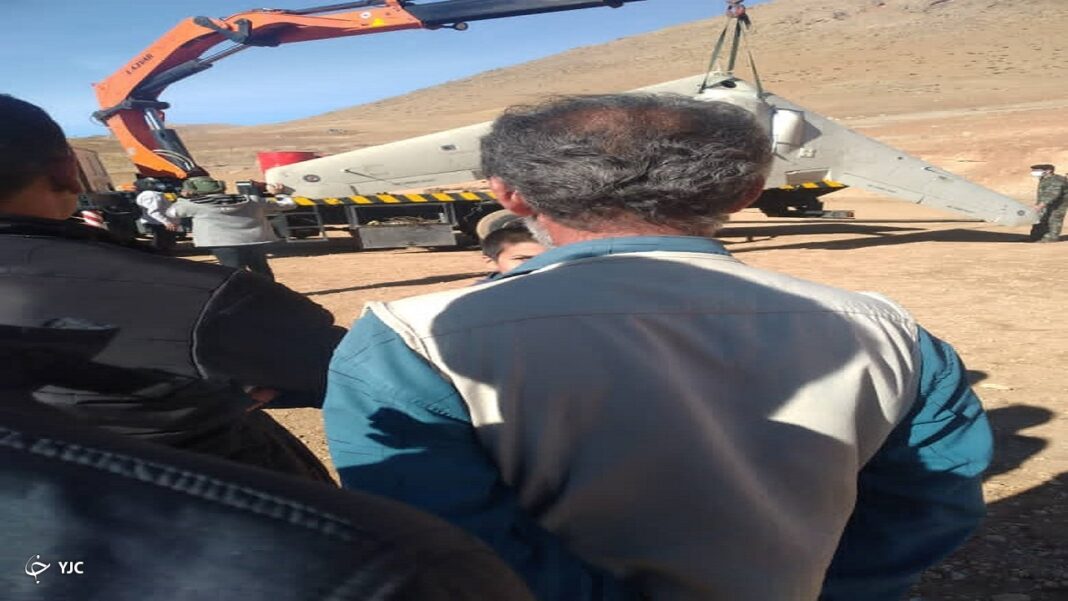 Local people in the western Iranian Kouhrang County have taken on social media, reporting a drone aircraft crash in the area and sharing footage of the incident.

Witnesses said the drone was transferred by a chopper from the local highlands to Meymeh and was later transferred from the village by a crane truck, after what they called a crash.

Iran’s official news agency IRNA said a local official in Kouhrang confirmed the authenticity of the footage of the chopper and the drone, circulating on social media.

“A drone crashed in the village of Meymeh in Kouhrang county,” the informed source was cited as saying.

“So far no information on the drone is available and detailed reports have not been published.”