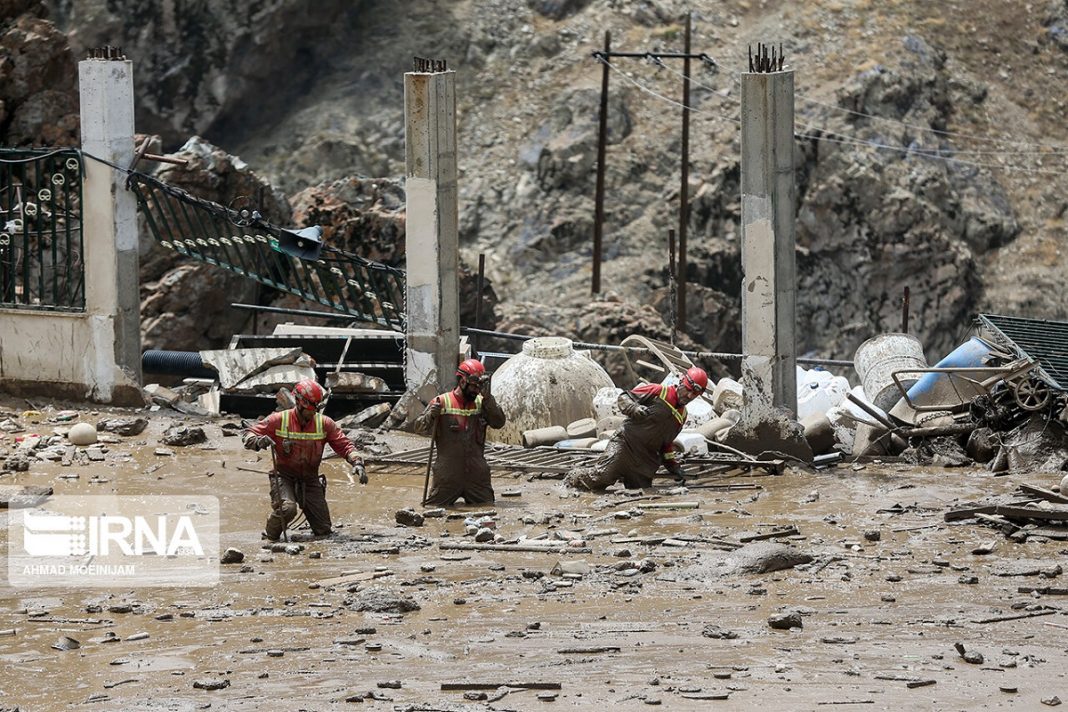 The number of deaths from the recent floods across Iran has reached 34.

Meanwhile, 20 people remain missing. As a result, the number of fatalities could rise.
Search and rescue operations are continuing in flood-hit areas to find possible survivors or victims.

Authorities have issued a new flood warning as some areas in Iran brace for more downpours.

In Tehran, heavy rainfall triggered a flash flood at a village, home to the holy shrine, Emamzadeh Davood, just outside the northwest edge of the capital, killing several people. Severall others are still missing in the area.

The village and its surroundings which are also a countryside resort have been closed to the public as the search and rescue workers are conducting an operation there.