Dowlatabad; The Little Iraq in Heart of Iranian Capital 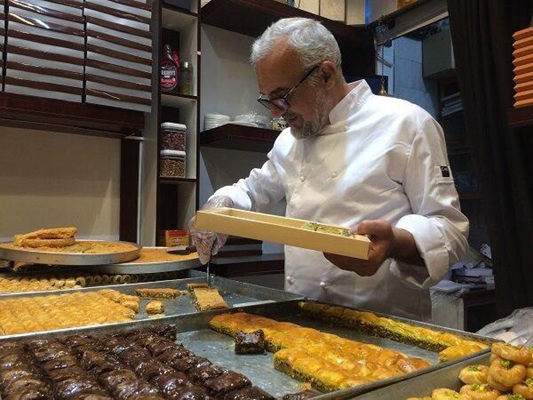 Iraqi Arabs have formed a neighbourhood, called Dowlatabad, in the south of the Iranian capital of Tehran. The quarter, located in Shahr-e Rey, has gradually turned into a tourist attraction for those who want to taste Arabic dishes.

Dowlatabad is a neighbourhood with nice weather. It is full of trees and many consider it as the first town of Tehran.

Quds Street in this neighbourhood is one of the most crowded streets in this region, where the largest restaurant and Arabic fast food outlets can be found there. At the dusk, the number of people who come to the streets is getting bigger.

This is the Arab’s tradition to protect themselves from the heat by coming out in the evening. When you pass the neighbourhood, they all speak Arabic. It’s as if you are on one of the streets of Baghdad.

Dowlatabad’s crowded restaurants are well-known for their famous Arabic cuisine such as Shawarma, Kibbeh, Houmous, Samosa and Falafel. Their flavour is different from all falafels and fast foods in Tehran. In front of some of the restaurants there are tables and chairs, and elderly men in Dishdashas are drinking Arabic tea. Arabic tea is thicker than ordinary Iranian tea which the Tehranians are accustomed to. Arabic coffee is very thick too. These drinks will have different flavours alongside Lebanese and Arabic Baklavas. For this reason, next to these coffee shops and teahouses in this street, there are a lot of Baklava shops.

Arabian Baklava is one of the most famous sweets in the world. It is a popular sweet among Arab-speaking people of Syria, Lebanon and Iraq which is baked in different shapes and flavours.

Moreover, there are so many mosques and hussainiyas in this neighbourhood that some call it the mosques neighbourhood. On Muharram nights, this neighbourhood is full of mourning groups. The mourning of the Arabs is considered by many tourists as an attraction; therefore, Dowlatabad is very busy during Muharram.

When the Arabic-speaking people of other countries get to know there is such a neighbourhood in Tehran, they come here to rent a house or suite. Therefore, on the walls of the neighbourhood, there are advertisements in Arabic for such suites.

Many tourist agencies have also emerged since the fall of Saddam Hussein so that passengers could travel from Rey to Baghdad, Sulaymaniyah or Erbil. Now, they can host their fellow countrymen in their own neighbourhood and easily travel to Iraq either by airplane or by bus.