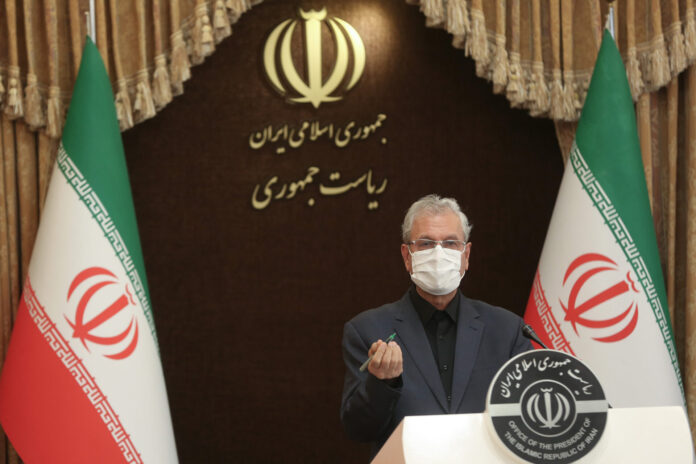 The spokesperson for the Iranian government has reminded the US of a heavy defeat it is going to suffer in its policy of pressure and sanctions against Iran.

Speaking to reporters at a weekly press conference on Tuesday, Ali Rabiei expressed confidence that the policy of sanctions and pressure on the Iranian people will soon face a historic defeat.

“The signs of failure and frustration are obvious in the faces of the US regime’s leaders from today,” he noted, adding that Washington has no more tool to intensify sanctions on Iran.

The US has become isolated in the world as its policy of maximum pressure has backfired and is mounting pressures on itself, Rabiei stated.

Asked about the possibility of European support for the US’ bid to trigger the snapback mechanism of the 2015 nuclear deal in order to reinstate the UN sanctions on Tehran, the spokesman said ‘snapback mechanism’ is a fake term invented by Washington and has not gotten a mention in the JCPOA or the UNSC Resolution 2231.

What the US government is referring to in its push to trigger that mechanism has no legal basis, he underlined, reiterating that Washington is not a party to the JCPOA anymore and has no right to use an article of the nuclear deal arbitrarily.

The spokesman then warned that Iran’s Supreme National Security Council will take the necessary decision at the appropriate time about any violation of the UNSC Resolution 2231 and the JCPOA.

Rabiei further denounced the United Arab Emirates’ move to normalize ties with Israel, saying the Zionist regime’s foothold in the region is a threat that Iran would not tolerate.

The neighbours are advised to exercise wisdom to serve the interests of the Muslim community and people of the region, he noted.

The spokesman then reaffirmed Iran’s commitment to cooperation with the International Atomic Energy Agency, saying, “All of Iran’s nuclear activities come with transparency and cooperation with the Agency, are within the framework of the JCPOA, and we’ll proceed with them.”

He finally highlighted the administration’s efforts to settle the economic problems despite the pressure of sanctions and restrictions, noting that an economic rod map devised for the one remaining year of the administration’s term includes major plans and projects that would affect the livelihood of people.