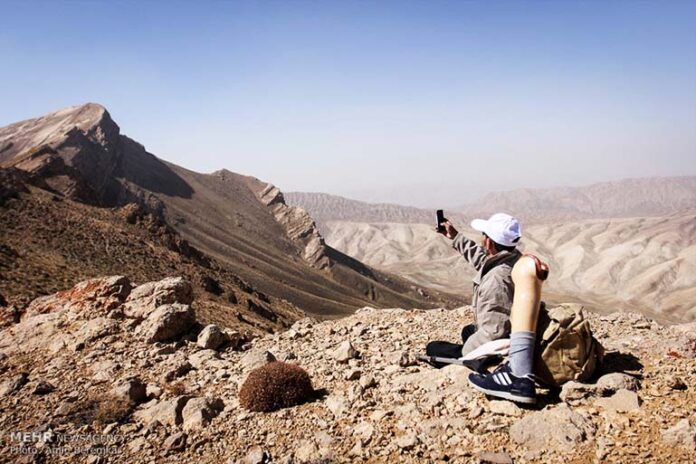 On crutches, war veterans climbed a peak in the southern province of Fars.

A group of war veterans who lost their limbs in the Iran-Iraq war scaled a 3,760-m peak in Mount Sepidan in Fars Province on September 18 to mark the anniversary of Sacred Defense Week.

Photos of the ascent posted online by Mehr News Agency: