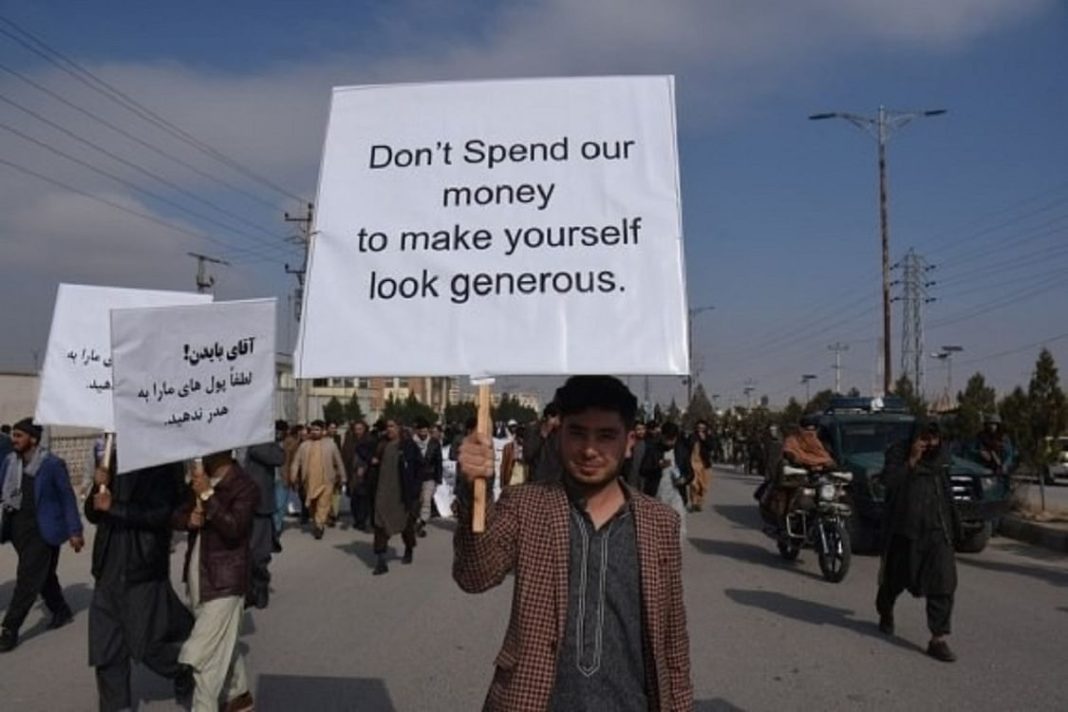 Scores of disabled persons staged a protest in Jalalabad in Afghanistan’s Nangarhar Province on Tuesday, urging the United States to return Afghan assets.

The demonstrators described the freeze of Afghanistan’s assets in U.S. banks or giving them as compensation to the families of the 9/11 terrorist attacks victims as “unjust”, saying that Washington should return the assets to Afghanistan.

U.S. President Joe Biden, reportedly in a decree issued on Feb. 11, allocated 3.5 billion U.S. dollars of the sum to the families of the victims of the 9/11 terrorist attacks and also diverted 3.5 billion more U.S. dollars to the Afghans as humanitarian aid without consent of the Afghan administration run by the Taliban.

The disabled union’s chief Masoud Safi said in his speech during the protest “No Afghan was involved in the Sept. 11, 2001 terrorist attacks on America and therefore allocating Afghanistan’s assets to the families of the terror attacks victims is unfair.”

Afghans, by holding similar protests in different cities over the past week, have demanded the release and return of the assets to Afghanistan.