Different things led to conclusion of the deal: Diplomat (PART ONE) 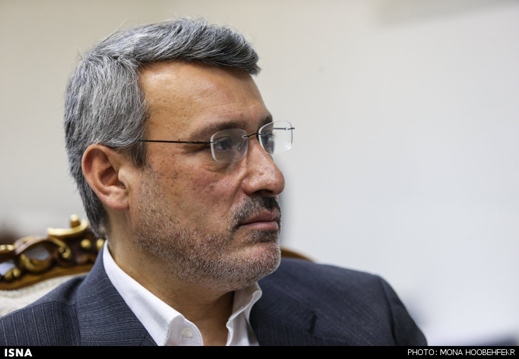 Iran never insisted on anything beyond its inalienable nuclear rights, an Iranian diplomat said.

He said the policies adopted by different governments involved in the talks played a role in the conclusiveness of the negotiations, but what was of great significance in nailing down the deal was “the Iranian resolve which made the policy of coercion and sanctions ineffective and proved to the other side that it should agree to a deal that would recognize the Iranian nuclear rights.”

The following is the translation (PART ONE) of an excerpt of the comments made by this Iranian diplomat – who spent the two months leading to the July 14 deal away from Iran – in an interview with the Iranian Students’ News Agency (ISNA). The original story was headlined “It was only Rouhani who could lead the talks this way.”

– As far as our national interests go, these talks were unique and constitute a milestone in the contemporary political history of our country. Of course, that holds true for P5+1 too. Although P5+1 are all major powers, the kind of talks they had with us was unprecedented. That is particularly true about the Americans who have never conceded so much in any negotiations. Basically the Americans are the ones who set conditions at the negotiating table, but at the nuclear talks they let go of their traditional stance after three decades.

– What brought the five permanent members of the Security Council together as a group was the reputation of the council which, as an international institution, is tasked under the UN Charter with settling issues related to international peace and security. In other words, we were dealing with a group whose members not only cared about their political, economic and national interests, but also about the reputation of the Security Council. This made the talks all the more complicated.

– Iran never insisted on anything beyond its inalienable nuclear rights. We always wanted to have an industrial nuclear capability to generate electricity and tap into the benefits of nuclear energy. The double standards and restrictions, which were applied when Bushehr Nuclear Power Plant was under construction, created worries in the country that we might not be able to procure the nuclear fuel we would need. That prompted us to work on nuclear fuel; of course, developing nuclear fuel is an absolute right under the NPT.

The US initially didn’t want us to make progress on that front. It took the Americans years to come to terms with the fact that it could not use the weapon of coercion to discourage us from developing peaceful nuclear technology. In bringing pressure to bear, the US did all it could, including issuing military threats against Iran. In the resolutions they issued against us, especially in Resolution 1929, they did not leave out any restrictions against our country.

– When our country was in talks with the European Three, under a political understanding, the establishment decided to suspend its enrichment activity for a limited period of time. That was designed to inject stability into the country’s nuclear program as a whole and secure a comprehensive deal. The European countries knew that failure to clinch an agreement would usher in new political conditions which were bound to be anything but constructive. Despite that, they failed to agree to Iran’s minimal nuclear demands at that juncture.

Some foreign politicians were under the illusion that they could offer political and economic incentives to Iran in exchange for a halt to its enrichment. That came despite the fact that we told them time and again that we were not willing to abandon our nuclear rights in return for such incentives. In fact, we were saying we didn’t want to put our nuclear program up for sale. Still, we were willing to talk to them about the extent, type and timing of enrichment.

Back then we could clearly see that the Europeans were taking into account the American security considerations and the US was unwilling to accept Iran’s enrichment. That left us only one option and that was what happened: we resumed enrichment and focused on the full fuel cycle. In response, they took Iran’s nuclear case to the Security Council and slapped sanctions on us.

The policies adopted by different governments have surely had an impact on the process of talks; but over the past 12 years the macro policies of the establishment on the nuclear front have remained unchanged and the Supreme Leader has overseen the overall management of the country.

– If Iran had been an isolated country in the world with no role in regional and international developments, the sanctions could have remained in place. But, since Iran is a strategically important country and plays a significant role in the region and around the world, the policy of sanctions and isolation lost its efficacy. So contrary to expectations, Iran’s authority grew even when sanctions were in place.

Of course, there were some twists in regional conditions too. The US failed to secure its objectives in Iraq and Afghanistan and the region saw the emergence of extremist groups. All these factors contributed to the holding of a new round of talks. To say what would have happened if the global developments had taken a different turn would be too hypothetical and wouldn’t change anything.