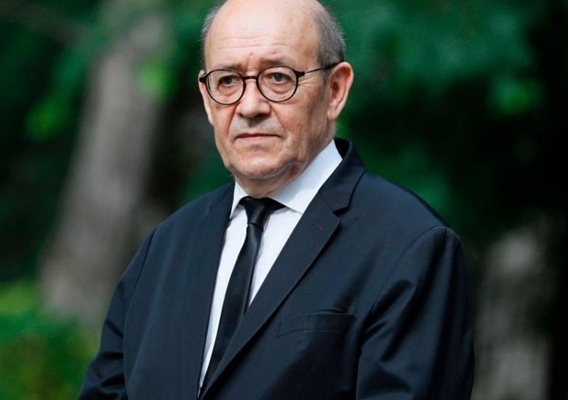 French Foreign Minister Jean-Yves Le Drian says Iran’s decision to further reduce its commitments under the 2015 nuclear deal is reversible and Paris will continue to pursue dialogue to bring it back into full compliance.

“The actions they have taken are negative but not definitive. They can come back and the path of dialogue is still open,” Jean-Yves le Drian told Europe 1.

He claimed that Iran was still several months away from a nuclear bomb. Iran has repeatedly stated it has never sought and will never seek to develop nuclear weapons, based on a fatwa by the Leader of Islamic Revolution Ayatollah Seyyed Ali Khamenei, who banned the use and development of such weapons.

Le Drian comments came after Iran announced the third step in reduction of its commitments under the Joint Comprehensive Plan of Action (JCPOA).

On Saturday, spokesman for the Atomic Energy Organization of Iran Behrouz Kamalvandi said the country has stopped observing the limits set by the JCPOA on nuclear research and development — known as R&D — as of September 6.

The AEOI said Saturday that the country has activated its advanced 20 IR-4 and 20 IR-6 centrifuges for research and development purposes. The IAEA also announced on the same day that it has inspectors on the ground in Iran, who will be able to look into the process of starting up the centrifuges.

The JCPOA was signed between Iran and six world states — namely the US, Germany, France, Britain, Russia and China — in 2015.

Washington’s exit in May 2018, however, the future of the historic deal in limbo.

Tehran remained fully compliant with the JCPOA for an entire year as confirmed by the IAEA in several reports, waiting for the co-signatories to fulfill their end of the bargain by offsetting the impacts of Washington’s bans on the Iranian economy.

As the European parties failed to do so, Tehran moved in May to retaliate against Washington’s exit and began suspending its JCPOA commitments in 60-day stages under Articles 26 and 36 of the deal covering Tehran’s legal rights.

Iran has given another two months to the European signatories to take meaningful action to save the JCPOA as a France-led diplomatic process is underway between the two sides.