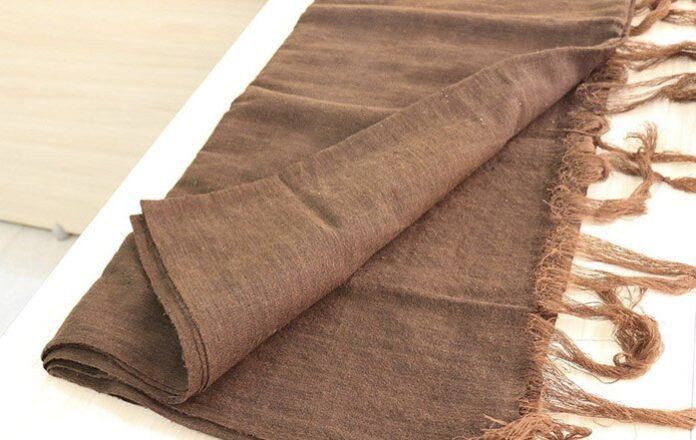 The fabric used in the Aba (robe) weaving industry of “Bahiri” village of Dashti County in Bushehr province has been selected as the top craft at Iran’s National Handicrafts Festival.

Aba (a type of robe) is a long, open front cover that Iranian clerics wear. It has no sleeves, but there are holes in it that hold the hands out.

According to officials, the fabric used in weaving Aba in the Bahiri was first produced in gray at the village’s workshops. Among the 450 works by the country’s artists at the Fourth Fajr Crafts Festival, this fabric was selected as the best work.

Aba-weaving art has a 500-year history in Dashti County and has recently been nationalised. The Aba produced in Dashti is made of camel’s wool in black, white, brown, beige and gold colours, with a length of 6.5 metres and a width of 85 and 150 centimetres. 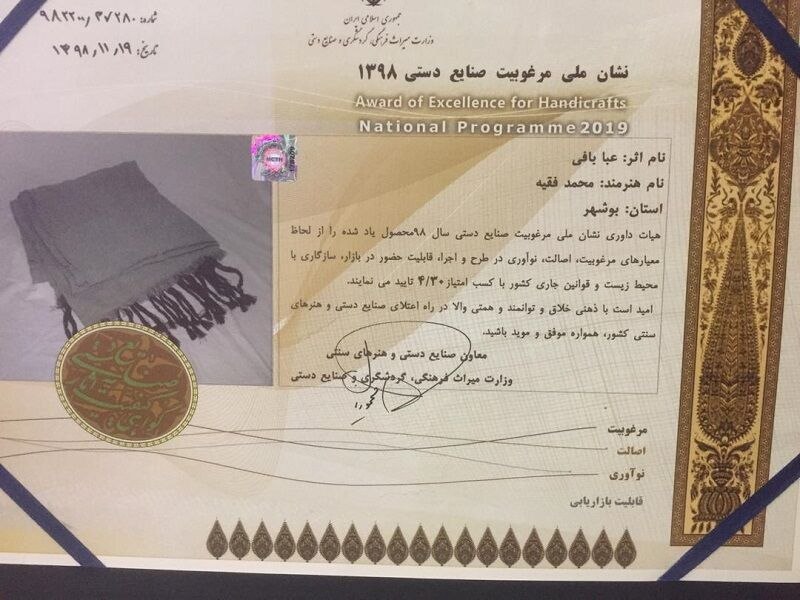 To weave “Aba”, the hair inside the wool is first cut and turned into large coils. It is then transformed into small spindles by special machines, which are housed in small metal containers and then are woven on carpet body.

Aba-weaving is one of the Arab handicrafts that is considered as a traditional art in Iran and has been found in different cities of the country.

Aba is considered a traditional cover in Iran, especially in the southern and central regions. But Aba-weaving using camel wool is a remarkable industry and art in several Iranian cities. Bushehr, Naein, Behbahan and Mashhad are among these cities.

There are now eight Aba-weaving workshops in Bahiri village and elsewhere in the city, and a large number of rural youth are attracted to this industry.

Aba-weaving masters in Bushehr use personal and traditional ways of weaving camel wool. Most of the Abas produced in Dashti are exported to the Najaf city of Iraq and the Persian Gulf states at a very good price.

This year, at the closing ceremony of the Fajr Crafts Festival, the National Work Badge was awarded to this unique Iranian work of art by the Minister of Cultural Heritage, Tourism and Handicrafts.

The works by artists from the Bahiri village were publicly displayed at the National Museum of Tehran among the country’s exquisite handicrafts.

The fourth edition of Handicrafts and Traditional Arts Festival was held from February 2 to 10.

According to officials of Cultural Heritage, Tourism and Handicrafts Ministry, this year 400 works from all 31 provinces have been submitted to the secretariat of the festival, and according to the jury, 250 works have been publicly displayed. The works selected for the show have metrics of quality, creativity and innovation.