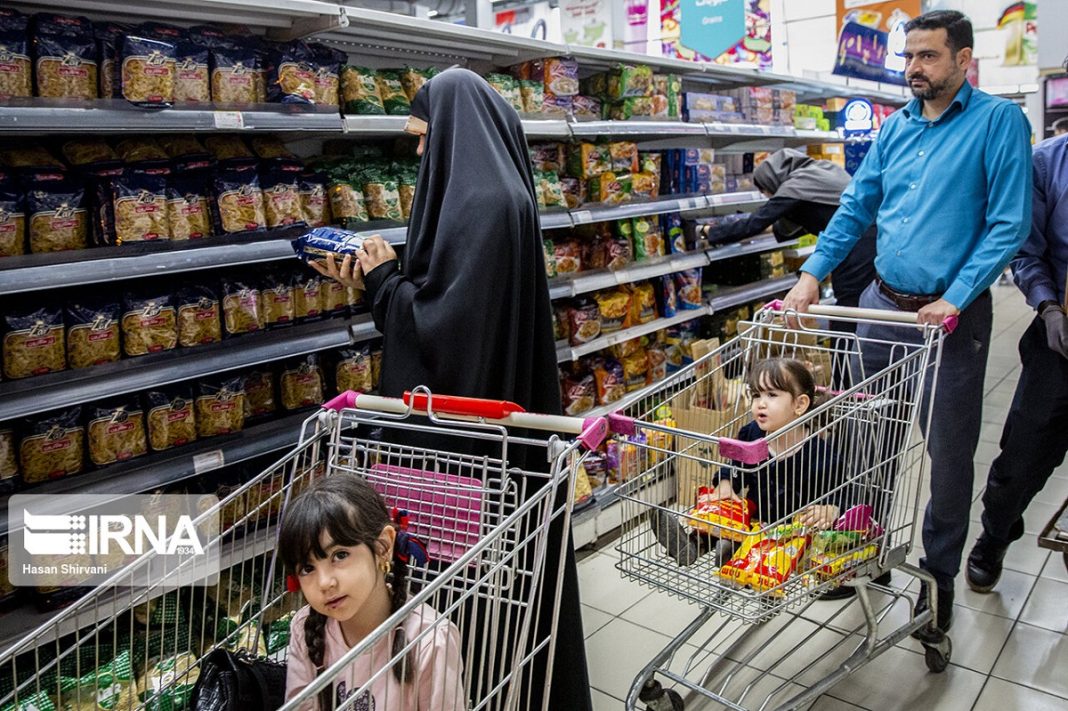 A recent report by a pro-government daily regarding the welfare of Iranians and the performance of President Raisi administration, has provoked backlash by Tehran-based Jomhouri-e Eslami Newspaper.

In reaction to a recent report by state-run Iran Daily that claimed, quoting a recent survey, “69 percent of Iranians enjoy life”, Jomhouri-e Eslami Newspaper sarcastically wrote the same survey shows 200 percent of people enjoy the high inflation in the country.

Iran Newspaper on Monday carried an article, saying the survey based on opinion polls by three credible institutions shows that nearly 70 percent of respondents said they have high hopes for the future due to their satisfaction with the current administration’s performance in various fields.

Jomhoueri-e Eslami, however, disputed the results of the finding, sarcastically writing, “Probably, according to the same survey, 200% of the people say, ‘It’s really cool that we’ve been favored by the unprecedented high inflation.’”

Iran Daily says its findings are based on the data from the Intelligence Ministry, the Polling Center of Iran’s state radio and television organization IRIB, and the Iranian Students Polling Center (ISPA).

Iranians have been experiencing a sharp rise in prices of goods and commodities since the administration of President Ebrahim Raisi assumed office in August 2021 and decided to reform subsidies.

Supporters of the move argue the economy needs to undergo the process of surgery, even though it is painful.

Opponents, on the other hand, complain that the burden is too heavy for the average wage earners.

Iran’s monthly inflation hit a four-decade record high of 12.2 percent over the Persian calendar month of Khordad – May 22 to June 21.