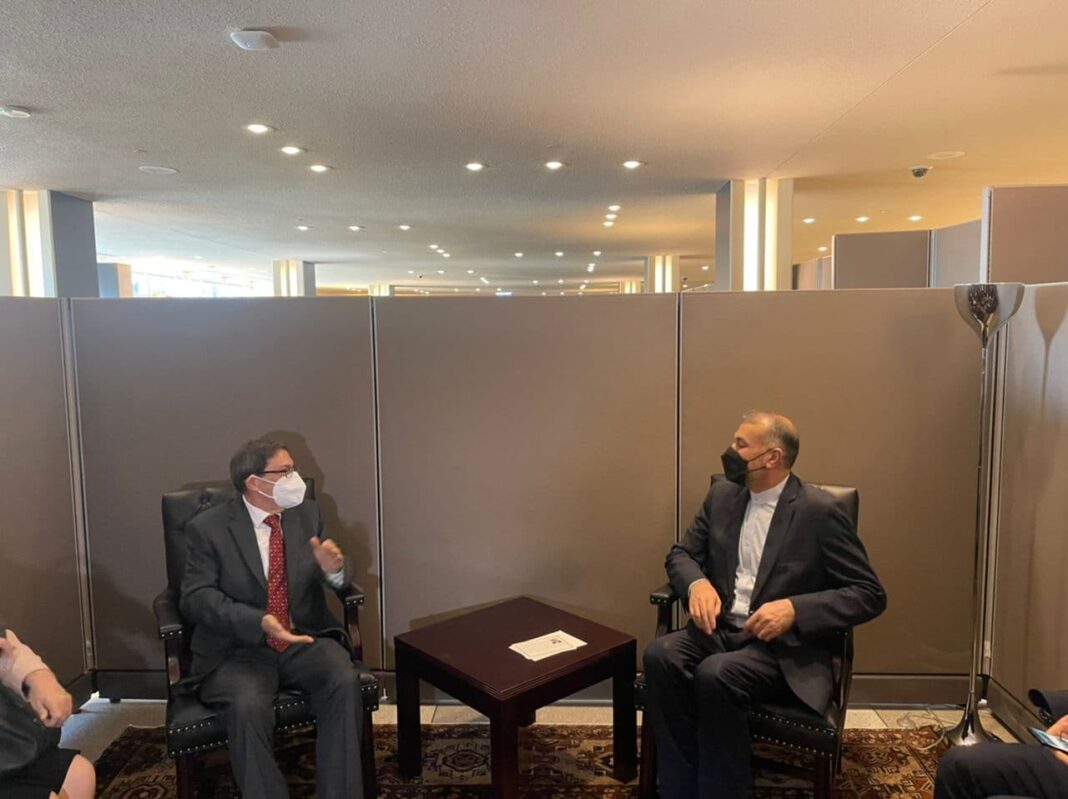 The Cuban foreign minister said his country is ready to expand ties with Iran in the fields of health care and agriculture. He also said technology and heavy machinery are two other areas which have the capacity for more cooperation between Iran and Cuba.

Rodriguez noted that Iran and Cuba must overcome economic challenges in their relationship in order to see further development of ties. He said Iran and Cuba can defeat the US’s oppressive sanctions only through close cooperation.

The Iranian foreign minister also hailed the close cooperation between Iran and Cuba especially in production of a joint anti-Covid vaccine.

Amirabdollahian said the relations built in the past are the capital for today and tomorrow. He noted that Cuba is now a strategic partner for Iran with all necessary requirements and dimensions and the Islamic Republic has no limits for ties with Cuba.

Amirabdollahian strongly condemned the US embargoes on Cuba.