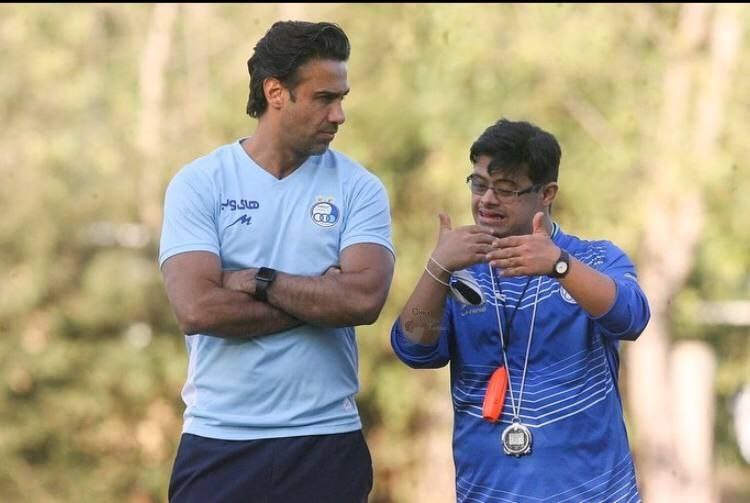 Shahab Mortazavi, a fan of Iranian football powerhouse Esteqlal, has had his dream of coaching the team come true.

Mortazavi, who suffers from Down’s syndrome, had said in a video going viral on social media that he wished to become the manager of Esteqlal one day and have Farhand Majidi, the current Esteqlal manager, as his assistant.

In a nice move, and in coordination with Esteqlal’s Assisant Manger Farzad Majidi, Mortazavi attended a training session of the team.

First, he talked to the players for a few minutes, and later monitored the training session like a real manager.

Persepolis and Esteqlal, two long-running Iranian football clubs, have millions of avid fans both across the country and among Iranian expatriates around the world.

Before the COVID-19 pandemic reared its ugly head, the 100,000-capacity Azadi Stadium in Tehran would become filled with spectators, who would throng the venue to watch the capital’s Derby held regularly between the two powerhouses.

There was such a huge crowd that many enthusiasts would not be allowed into the filled-to-capacity stadium and would be deprived of being present at the event.

Esteqlal have, so far, become champions for two times at the Asian club competitions.