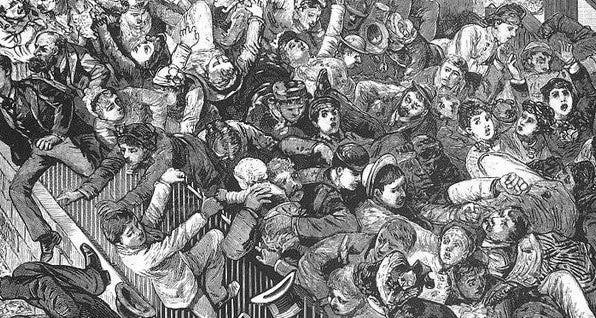 While people in nearly all parts of the world are being bombarded with reports of coronavirus these days, it is necessary to prevent the psychological side effects of such constant warnings, relieve distress and learn more about a disorder known as hypochondriasis.

Mass hypochondria is a condition in which people in a society are unduly worried about having an illness, while there is no symptom suggesting an actual medical diagnosis.

A hypochondriac person feels that he or she has contracted a serious disease. Such disorder could become commonplace in a mass of people, in a classroom, an office, a city or the entire country.

Hypochondriasis has been prevalent in the human communities for millennia, and seems to be much more common than a disorder being discovered through the ordinary medical means.

What are the symptoms of mass hypochondriasis?

The symptoms experienced by the individuals are different and depend on what illness they believe they have contracted. The common symptoms include headache, nausea, anemia, the feeling of shortness of breath, chronic coughs, chest pain, chill, a sore throat etc.

A sudden occurrence of this disorder depends on how much stress one is suffering. The people experiencing hypochondria show the physical symptoms of the illness in practice and those symptoms are not merely psychological. For example, they may actually suffer from shortness of breath, fever and chill, headache or dizziness.

However, such real feelings could not be confirmed in medical terms, as the symptoms have been caused by stress and anxiety, not by a pathogen like the coronavirus.

Hypochondriasis could affect many normal individuals, but still, it does not translate into a psychological disorder.

Nevertheless, displaying symptoms of the illness should not be immediately regarded as hypochondria. You are advised to see a physician if you show any of the following symptoms:

– An illness that lasts for more than one week to 10 days.

– A fever with the temperature in the mouth over 38.5 °C for several days, coupled with remarkable weakness and anemia.

– Skin problems or a considerable change in the skin color;

– Shortness of breath preventing you from doing daily activities.

Is it possible to prevent or avoid mass hypochondria?

The ways to prevent such disorder have not been scientifically defined very well. Maybe the best and most effective approach is to stay away from the psychological conditions and rumors about the disease. Stress is a normal part of life of every human being, but you should avoid excessive stress and anxiety. Keep in mind that excessive stress weakens the body’s immune system, which would consequently pave the way for many diseases.