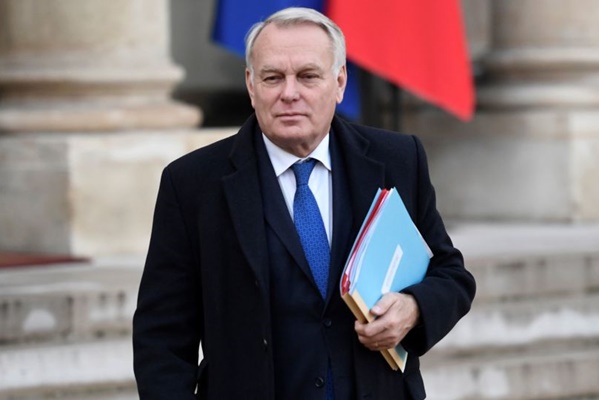 French Foreign Minister Jean-Marc Ayrault is due to arrive in Iran on Monday, January 30, as his countries’ cruisers are simulating an attack on Iran in the Persian Gulf, under the command of the UK Royal navy and with US cooperation.

The conservative newspaper Javan said in a Farsi report that the French FM Ayrault’s visit to Tehran comes as his country’s navy, in collaboration with those of the US and UK, is currently simulating an invasion of Iran in the Persian Gulf.

This is while the French FM has cunningly taken side with Tehran in the face of the threats uttered by US President Donald Trump against the implementation of Joint Comprehensive Plan of Action (JCPOA) — signed between Iran and P5+1 — and Iranians and said that his trip is aimed at boosting mutual trade and supporting the Iranian pro-government moderate party to emerge victorious in the country’s upcoming presidential elections by glamorizing their achievements in the post-JCPOA era.

The extremely shameful French diplomacy aims to obtain trade concessions from President Rouhani’s administration in return for promises of support for the implementation of the JCPOA and Iran’s incumbent government in May presidential elections.

Trump and the US intelligent agencies are still engaged in a skirmish over Russia’s alleged cyber-attack on the US presidential election and role in the victory of the country’s new president. Israeli officials are also still facing trial in judicial tribunals or have been already jailed for accepting electoral bribes.

In France, presidential hopeful Francois Fillon is being blamed and investigated by financial prosecutors as well as supervisory-electoral committees following claims that his wife was paid about €500,000 over eight years from public funds for a parliamentary assistant’s job she never carried out.

This is while, France is both preparing itself in the Persian Gulf for an attack on Iranian military forces and is adopting a meddlesome as well as benefit-seeking diplomatic approach towards Iran on the verge of its FM’s visit to Tehran.

The question is how Iran’s foreign ministry, which is counting on France and a number of other European countries to counterbalance Trump’s hostile policies against the JCPOA, is going to respond to France’s shameful, meddlesome and benefit-seeking diplomacy.

Is Rouhani’s administration going to overlook and fail to give an appropriate response to what is blamed and condemned as a crime in the West and other countries? Would there be any reaction to France’s diplomatic impudence from the Iranian government? Are we expected to witness the same meddlesome behaviours from the countries whose embassies used to lead seditionists following Iran’s presidential elections in 2009? Are we going to grant other substantial concessions, in addition to the JCPOA itself, to Western states to keep them committed to fulfilling their obligations under the nuclear deal? Are we going to give in to their policies aimed at taking military control of the region? What would be the Iranian Foreign Ministry’s response to France’s diplomatic rudeness?