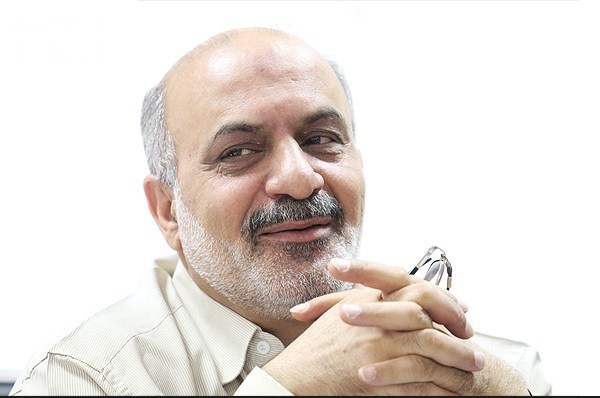 The cabinet shakeup has brought to power a team of Saudi radicals with a more hostile attitude toward Iran and – when one looks at the large picture – toward Shiism, says a Middle East expert.

A royal decree, which came out Wednesday, announced changes in the higher-tiers of the Saudi government, culminating what has transpired over the past few months, especially the last six weeks: Saudi Arabia waging a war on the Yemeni people.

Formation of a war cabinet to make up for the failures in Yemen and fresh efforts to attract the attention of international players, especially world powers, are part of the policies adopted by the new Saudi king.

A look at the reshuffle from another angle reveals the consequences associated with the new lineup of the [Saudi] power structure.

What is certain is that members of the Saudi political system did not see eye to eye when it came to meddling in the Yemeni affairs and igniting the flames of war there. Depending on the performance of each member of the establishment inside the kingdom and their relations with foreign players, they created a distinct impression of themselves and displayed a different showing.

Not only was the Saudi political system fraught with internal rivalries for getting promotions in the pyramid of power, it was also the place where members of the ruling polity had developed different insight, set different priorities on chances and challenges as well as ties with foreign powers, and adopted opposing views on issues of vital essence.

The US – which thinks a managed conflict [in Saudi Arabia] can be in its best interests – is unready to pay a higher price than what can advance its priorities; thus, Adel al-Jubeir [a US-educated connoisseur of Washington’s diplomatic scene and longtime adviser to the kingdom’s rulers] who is trained by the US and Prince Bandar bin Sultan [a former US ambassador (1983-2005)] and is linked to power centers and lobby groups, especially the radicals, is a boon for the new monarch who seeks to make Washington help him carry out his radical policies.

Salman’s secret plan for removing Muqrin from the power pyramid

On similar ground, Muqrin and Mutaib – who opt for more moderate views in Saudi Arabia’s regional policies and are [closely] linked with multiple tribes and nomadic groups inside the kingdom – are headaches for King Salman because they do not approve of warlike policies and the massacre of people in Yemen and keep their distance from the king’s policies.

Although the removal of Muqrin from the power structure and the position of crown prince was part of a secret plan devised by Salman’s sons, the fact that the king and Muqrin [his former crown prince] were at odds over the developments in Yemen and – to some extent – over Iran provided the king with a good excuse to put aside his heir to the throne.

What stands out in the new cabinet lineup is a smart [political] cleanup which seeks to homogenize the radical elements and pursue hardline, bellicose policies.

The first upshot of the new power composition in Saudi Arabia is the formation of a war cabinet to compensate the [military] defeats in Yemen together with redoubled efforts to win over  international players, especially world powers, when it comes to the new king’s policies.

The [king’s] pick of a hawkish cabinet is more in line with the strategies of the Zionist regime, than those of the US which are bound to leave an impact on ties between Riyadh and Washington, though.

The curve of military attacks on Yemen does not slope downward

The radical nature of the new cabinet lineup will leave [possible] impacts on the region as well. One cannot expect to see the curve of [Saudi] airstrikes in Yemen descend rapidly or flatten out suddenly. By the same token, we will witness more coordination between the Al Saud and the Zionist regime in Syria, especially in the south, that is to say in Quneitra and Qalamoun.

The tone Saudi Arabia’s new government has set for its regional policy – especially when it comes to Iran and Shiism – will get more dangerous and reckless. These radical policies on Egypt, Turkey, Pakistan, Sudan and other Arab-Islamic countries will come as a shock because these countries are unable to join Saudi Arabia [in beating the drums of war], or they will be unable to openly follow in the footsteps of Saudi Arabia, to say the least.

Unsatisfactory state of the war cabinet

Irrespective of the ramifications of a war on the Yemeni people, the effect of Saudi Arabia’s regional policies will – by itself – push the kingdom toward isolation and vulnerability. Add to it the US interests and priorities, and you’ll see that satisfactory conditions are not in store for the war cabinet.

Certainly the consequences of the outrage and revenge the radical war cabinet of Al Saud will show in Yemen, Iraq, Syria and probably in Lebanon should not be ignored. The consequences will be more destruction, massacre and genocide; the new cabinet needs to take speedy, prudent measures to counteract such consequences.