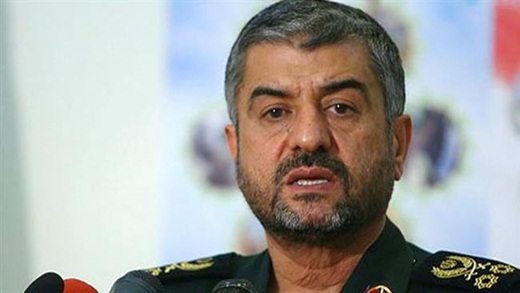 The IRGC will hold multiple war games in the current Iranian year (ends on March 20, 2017) to maintain the military preparedness of the forces and send enemies the message that the forces are ready to bury them in the Persian Gulf waters, the senior commanders told reporters on Wednesday.

The commander further highlighted the level of safety and security in the country despite the critical situation in the region and developments in neighboring countries.

As regards the occasional capture of terrorists along the borders or inside the country, the general explained that only a portion of those arrested have been members of the Daesh (ISIL) terrorist group, while others were affiliated with anti-revolution groups.

The IRGC is vigilantly monitoring the situation and kills or arrests a number of ordinary elements of the anti-revolution groups every month in the country’s southeastern or northwestern areas, he added.

Back on June 13, troops from the IRGC Ground Force killed five members of the Party for Free Life in Kurdistan (PJAK) terrorist group in an ambush in Sardasht region in the northwestern province of West Azerbaijan.

And later on June 15, the IRGC forces killed a number of militants in clashes with two terrorist teams trying to intrude into Oshnavieh border area near the frontier with Iraq.