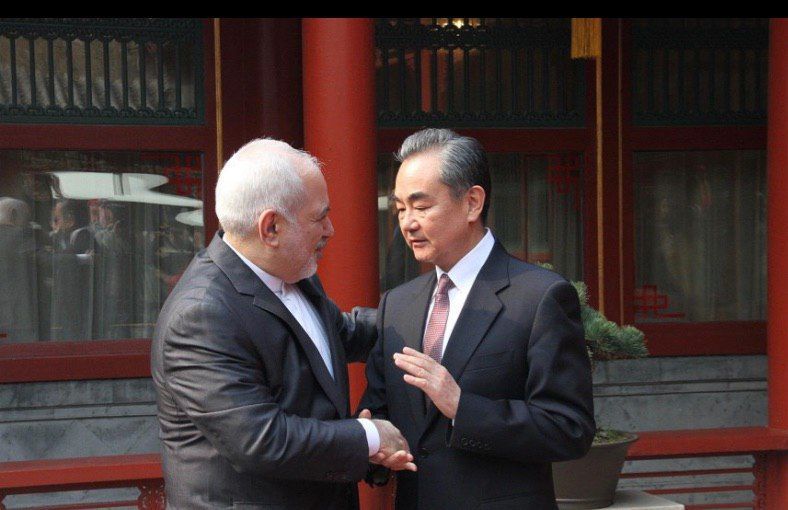 Chinese Foreign Minister Wang Yi says his country is determined to work with Iran and the world to save the 2015 nuclear deal, known as JCPOA.

He made the remarks in a Friday meeting with Iranian Foreign Minister Mohammad Javad Zarif in Beijing.

The Chinese foreign minister described the Joint Comprehensive Plan of Action as a significant achievement of diplomacy and a symbol of multilateralism.

He also rejected unilateralism in all forms and underlined Beijing’s resolve to work with Iran and the global community to preserve this important international achievement.

During the meeting, both sides highlighted the historic and strategic relationship between the two countries and stressed the need to expand ties in areas of politics, economy, trade, culture, energy, fighting terrorism and other areas of interest.

Latest regional developments including those in the Persian Gulf, Northern Africa and Latin America were among other topics discussed by FM Zarif and Wang Yi in the meeting.

Beijing is the fourth leg of the Iranian foreign minister’s multi-state diplomatic tour which began from Turkmenistan on Sunday and later took himto India and Japan.

During his stay in Japan, the Iranian top diplomat held separate talks with Japanese prime minister and foreign minister on Thursday.

In the talks, Iran’s decision to reduce its obligations under the 2015 nuclear deal was also discussed.