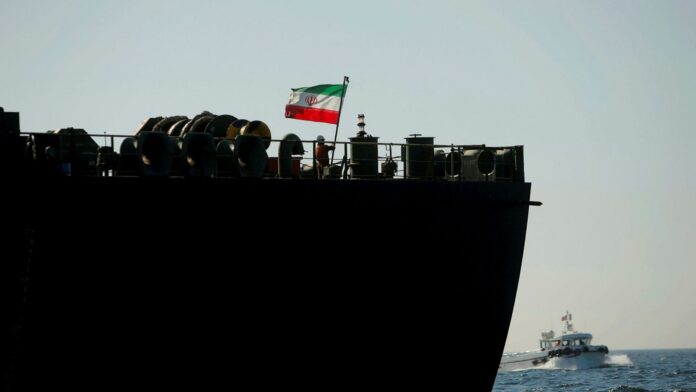 Iranian oil sales to China have reportedly  soared in recent months. This as the administration of US President Joe Biden says they intend to talk to Beijing over the issue.

China imported nearly 800,000 barrels of Iranian crude per day on average during the last three months, almost double the amount it was buying from Iran during the same period last year when the Donald Trump administration was pressuring Tehran with a crippling sanctions campaign. The increase comes amid an effort by China and Iran to boost diplomatic ties and force the Biden administration into removing sanctions on Tehran.

Iran has also been building out a large “ghost armada” of ships that transfer oil to China, Syria, and Russia, among others, and evade sanctions by turning off their onboard transponders, essentially making these ships invisible. The number of these ships known to be in operation has increased in recent months, according to research conducted by United Against Nuclear Iran (UANI), an advocacy group that tracks Iran’s monthly oil exports and shipping industry.

China’s importation of Iranian oil has drastically increased since January 2021, according to experts tracking the numbers, and has coincided with the Biden administration’s efforts to revive nuclear negotiations with Tehran. The United States has promised to waive sanctions on Iran that were imposed by the Trump administration, including those on its oil trade, if Iran agrees to return to the deal.

Experts say the Biden administration is already tacitly allowing these sales to increase by not enforcing sanctions still in place—giving the Iranian government a critical financial lifeline as its economy teeters on the brink of collapse.

The increase in oil exports to China “has to do with a lack of enforcement on sanctions,” UANI chief of staff Claire Jungman told the Washington Free Beacon.

“I do believe there is just a lack of enforcement and a lack of interest from the Biden administration to enforce these sanctions,” Jungman added.

A State Department official, speaking only on background, told the Free Beacon that China remains “an important trading partner for Iran” and that the United States is working alongside Beijing as part of efforts to return to the nuclear deal, also known as the JCPOA.

“The United States continues to engage with all JCPOA participants, including China. This is part of our diplomatic effort to return to full, mutual compliance with the JCPOA,” the official stated, noting, “That is our objective, the objective of China and the other remaining participants, and it is Iran’s stated policy.”

China, the official added, “is an important trading partner for Iran, so of course our discussions with China on how best to get back into the JCPOA include discussions of sanctions enforcement.”

Iranian and Chinese diplomats on Monday held a phone conversation in which they discussed efforts to relieve US sanctions on Iran.

“Iran and China, as trustworthy partners, share a common stance on the illegality of US unilateral sanctions and the importance of the rule of law in international relations,” Ali Bagheri Kani, Iran’s deputy foreign minister for political affairs, was quoted as saying in the country’s state-controlled press.

During the same period in 2020, when the Trump administration was running its “maximum pressure” campaign on Iran, China and other nations were only able to import a fraction of those numbers.

The other leading importers of Iranian crude oil include Russia, Venezuela, Syria, and the United Arab Emirates.

he increase in the number of vessels in the ghost armada coincides with the change in administration.”

In November 2020, at the height of the Trump administration’s sanctions campaign, UANI found 70 foreign vessels that it suspected of engaging in oil transfers for Iran. Just about a year later, the number has grown to 149.