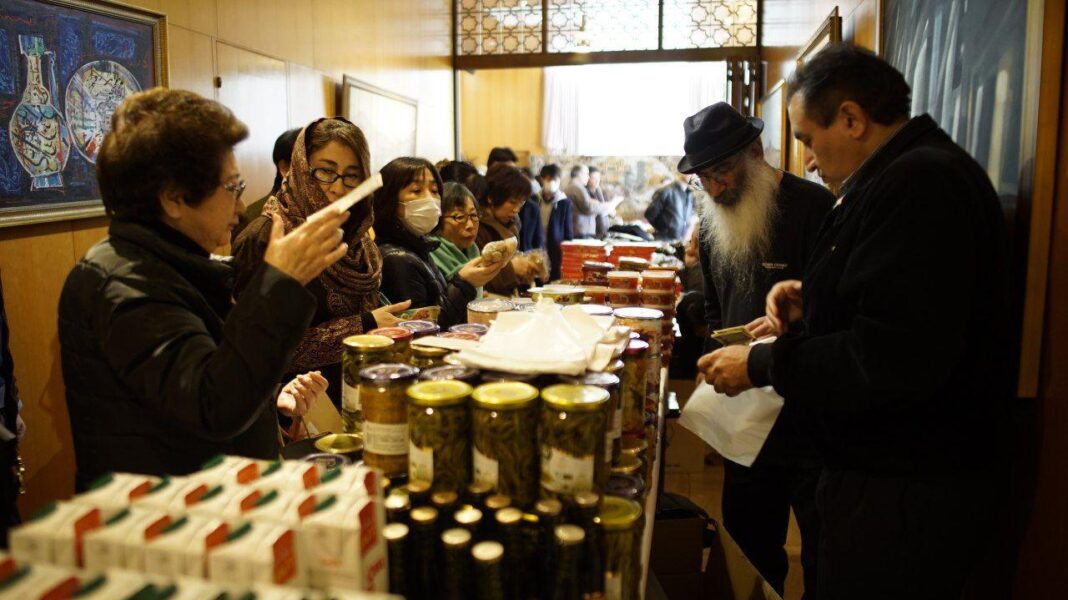 A charity market has been held at the residence of Ambassador of the Islamic Republic of Iran to Tokyo to help victims of earthquake in the province of Kermanshah in western Iran.

The fundraising market was held on Sunday February 19 with participation of some Iranians residing in Tokyo including the embassy staff, Al-Mustafa International University, Iranian Cultural attaché’s office, Persian Carpet Association, and a number of Iranian and Japanese businesspersons.

According to a Farsi report by IRIB, Iranian dishes, handicrafts, rugs and food products were put on the show and the Japanese welcomed the event.

The financial benefits of the market would be allocated to those stricken by the strong quake in western Iran.

In November 2017, a magnitude 7.3 earthquake struck western Iran, killing more than 600 and injuring thousands. Sarpol-e Zahab suffered half of the temblor’s casualties.

The following are IRIB news agency’s photos of the event: