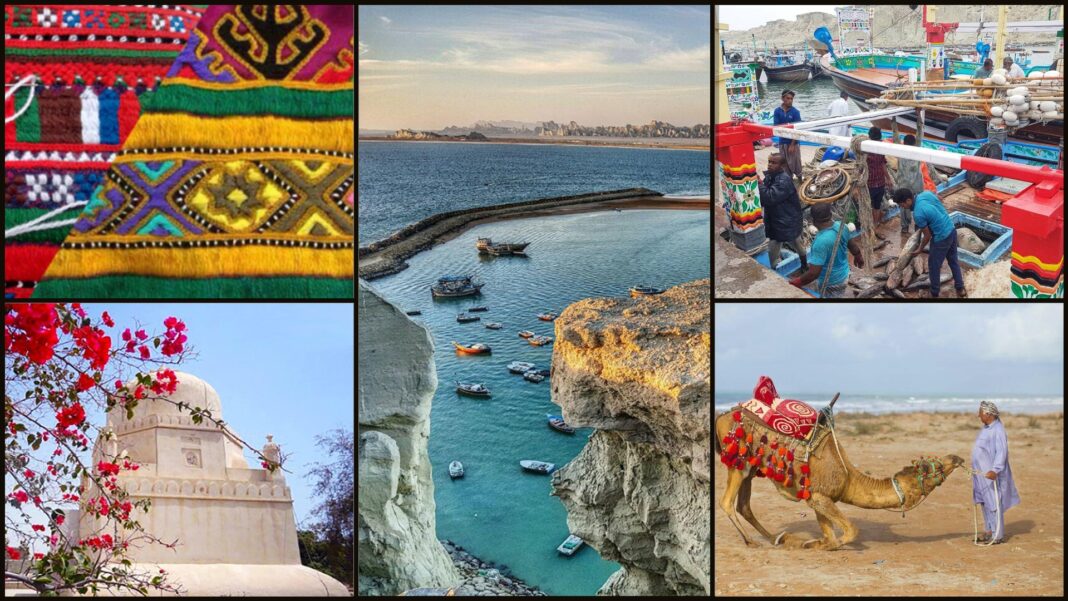 Chabahar, an Iranian port city known for its strategic position and access to high seas, has also remarkable natural places and tourist attractions.

The port city of Chabahar, which is about 17,150 square km in area with a population of nearly 200,000, is located in Sistan and Baluchestan Province in extreme southeastern Iran. Chabahar is the only Iranian port by the Indian Ocean.

The fact that this Iranian port has deep waters right up to its shoreline makes it ideal for ocean liners to dock. In other words, Chabahar does have what it takes to turn into a mega-port.

Chabahar port is a transit gate in southeastern Iran and a strategic area for expansion of the transit industry. On top of its strategic position, Chabahar is home to many tourist attractions.

The following is a list of wonderful sites in the port city worth visiting:

Tis Port, which dates back 2,500 years, is known as Tiz Port in the books on Alexander the Great’s conquests. Tis used to be a busy commercial port which was destroyed during the Mongol invasion of Iran. Ancient sites such as castles and graves in Tis Port are indicative of its age-old civilization.

Tis Mosque is located in a beautiful namesake village, 9 km from Chabahar. The mosque was first built 1,000 years ago. Thanks to the single-minaret mosque’s proximity to Pakistan and India, its architecture and interior design are similar to Pakistani and Indian places of Muslim worship.

According to Muslim accounts, Seyyed Gholam Rasoul, originally known as Seyyedena Mohammad, was a Muslim Indian. On a visit to Chabahar, he decided to marry a local girl, but on his wedding night he fell ill. In his will, he asked others to refrain from mourning for him and instead celebrate for ten nights to secure blessings for his soul.

Every year on the 15th day of the 11th month of the Lunar calendar, a 10-day celebration is held in his memory at his tomb, 5 km to the northwest of Chabahar. During the ceremony, elderly women enter the tomb to say prayers for others and ask God to heal the sick while men stay outside and play music. The tomb has white walls and Indian-style architecture. The exterior of the structure is graced with paintings and religious phrases. This structure was built in the Seljuq era; its murals were painted later during the Safavid era. The tomb dates back to the 11th century AD.

The Telegraph House is the oldest modern building in Chabahar port which was built by the British in 1864, at the end of the Qajar era, to promote sailing and trade, and to connect India, Jask [a city in Hormozgan Province] and Bandar Abbas. The beautiful structure with sloping slate shutters and arches has been registered as a national monument.

Coasts along the Sea of Oman, particularly in Chabahar, are rocky. Iran’s most beautiful rocky coasts are in Sistan and Baluchestan Province. Whales can often be seen frolicking off these coasts.

In the Shahbazband Mountains, about 25 m above ground level, there are two man-made caves and one natural one. The trio is called Banmasity Caves by locals. In the local language, ban means a pious person and masity is a place of worship. Inside the small natural cave, there is a cubic grave whose dome is 40 cm high. On three sides of the dome, there are inscriptions and signs in red and purple which are similar to Indian writing. Seven steps away, there is a second cave made of stucco and stone. The third cave is 50 m away. These caves seem to have served as either a shelter or a place of worship. At the entrance to all three caves, there is a platform that seems to have been used for religious rituals.

The pink wetland of Lipar is located just 200 meters from the northern edge of the Sea of Oman and south of a namesake village in Chabahar, in Sistan and Baluchistan province. The wetland is one of the alluring natural attractions of the area where those who are fond of the marine environment can catch a glimpse of beautiful scenery. What stands out about the wetland, which sits on the edge of Lipar’s seasonal lagoon 20 kilometers to the east of Chabahar, is its water which looks pink. This body of water which is 10 hectares in area accounts for 90 percent of herbal planktons in the region and is home to a large number of species, flora and fauna.

In the northwest of Chabahar, 20 km away from Kahir Village, in a vast plain there is a mud volcano. Mud volcanoes are remarkable geo-tourist attractions. There are only a handful of mud volcanoes – formations created by geo-exuded slurries and gases – across the world. Sounds similar to gunshots can be frequently heard when such volcanoes are active. The mud volcano in Chabahar is 20 m in height and its crater is 12 m in diameter. Over the several years of activity, the flow of mud has formed a hill around the volcano where no plant can grow.

The southeastern city of Chabahar is on the Gulf of Oman with breathtaking natural places which are reminiscent of dreamy images. The city is home to astonishing mountains that stand in parallel with coastal areas of the Gulf of Oman. Locals call the mountains Martian because, as far as appearance is concerned, they have nothing in common with other mountains in Iran.