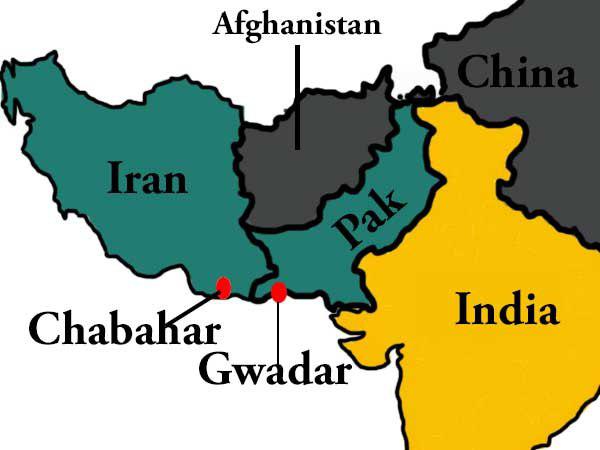 An Iranian official says the recent terrorist attack in the port city of Chabahar in southeastern Iran was plotted by the enemies of Iran which seek to hamper foreign investment in Iran’s Makran coasts.

Mansour Haqiqatpour, a national security advisor to Iranian parliament speaker, says the Thursday terrorist attack was part of the enemy’s plot to disrupt the security of Chabahar, which is strategically important for all-out development of Iran, Afghanistan, Turkmenistan and other Central Asian states.

The enemies seek to turn the regional balance into their own favour but the intelligent units of the Islamic Republic will foil their plots, he added.

The region can serve as a bridge linking particularly the Central Asian states with no access to free waters to Oman Sea, he said.

“Given the clear-cut strategic approach of the Leader of the Islamic Revolution towards the development of Makran coasts in south-eastern Iran, we are going to witness the sustainable development of the region in the next years.”

He went on to say that today China and Pakistan are seeking to expand Gwadar port in Pakistan to turn it into a leading hub. “On the other side, in a geopolitical rivalry, Iran along with its friendly states like Russia, India and Afghanistan are after expanding Chabahar port.”

“It goes without saying that Iran is tapping into the port city’s extraordinary and strategic capacities to achieve its desired goals. That’s why we are witnessing some mischievous acts made by our regional rivals in the form of terrorist attacks.”

However, he said, the Islamic Republic’s officials enjoy security and political maturity to press ahead with the development of Makran in terms of security along with its economic, political and social development.

He said the attack failed to shatter the unity of Chabahar’s local people, adding such attacks will end up in increased friendly, brotherly and affectionate relations between various political and religious ethnic groups of the region.

Haqiqatpour underlined that in Makran, the Shiites and Sunnis are working hand in hand to develop the region and their cooperation symbolizes the Islamic unity in the region.

“But the enemies can’t tolerate the unity. So, they resort to mischievous acts to mislead public opinion from what is happening in Western Asia, particularly in Saudi Arabia.”

He called on the security forces to provide the region with appropriate security coverage to pave the way for further foreign investments and international cooperation between Chabahar region and the outside world.

“One of the main goals of such attacks could be creating insecurity to ward off foreign investors. But they have never managed to achieve their goals,” he added.

A suicide car bomb explosion on Thursday in front of a police headquarters in the city killed a conscript and an officer, and wounded several others including a woman and a child.

The suicide attacker driving a Nissan car was seeking to enter Chabahar police headquarters but faced a counterattack by the law enforcement forces and desperately exploded his car outside the building leaving a number of ordinary people dead and wounded.

The governor of Chabahar elaborated on the motives behind the terrorist attacks in Chabahar and said as the only pacific port of the Islamic Republic, Chabahar port city is highly significant for Iran and can play a leading role as an energy hub connecting regional and Central Asian states together through Oman Sea in the future.

The Ansar al-Furqan terrorist group has officially claimed responsibility for Thursday attack in Chabahar.  Iran, in cooperation with India, has in recent years been developing the port city of Chabahar in order to turn it into a regional hub of trade.