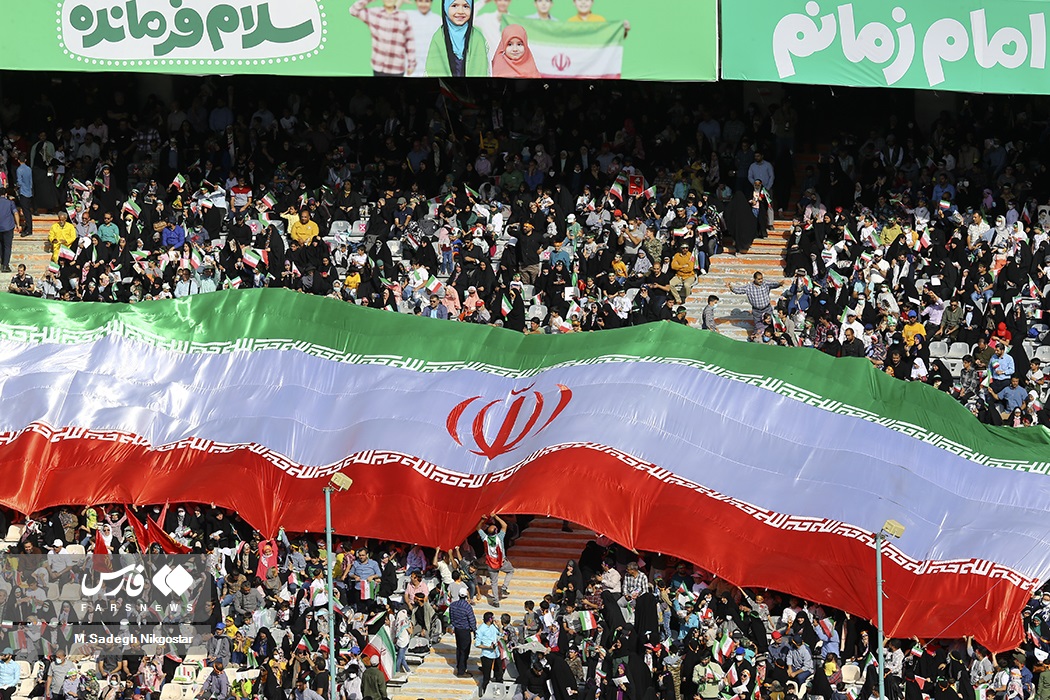 Iranians have attended a ceremony at Tehran’s Azadi Stadium in their thousands to sign en masse a famous anthem dubbed “Salute Commandant” that has also gone viral on media platforms.

The 100k-storng Azadi Stadium reached capacity hours before the start of the ceremony at 7 pm local time on Thursday and authorities urged tens of thousands of other people outside to go home and watch it live on TV.

The anthem is part of a national campaign to strengthen national morale and unity in Iran. The anthem “Salute Commandant” was performed first by a group named MAH.

The acronym stands for the first letters of three Persian word which was first uttered by Iran’s anti-terror icon General Qassem Soleimani who was assassinated in early January 2020 at the order of former US President Donald Trump.

The three words are “Ma Mellate Imam Hosseinim”, which mean “We are the Nation of Imam Hussein”.

Soleimani made that famous comment in response to Trump’s threats against Iran.