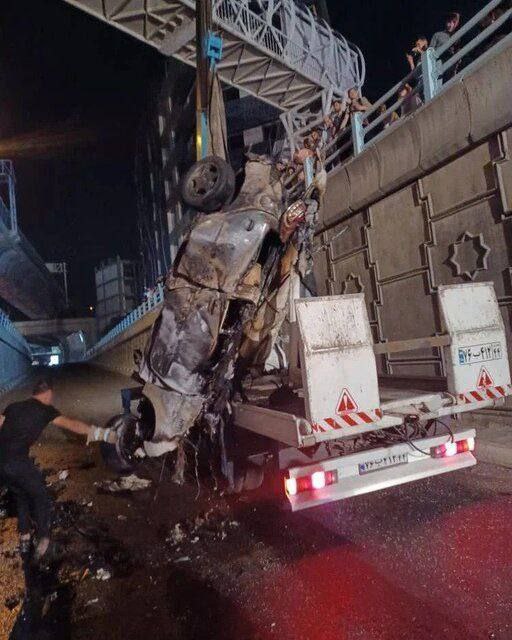 Two young people lose their lives as their car falls from an elevated expressway and catches fire in the northern part of the Iranian capital, Tehran.

The spokesman for the Fire Department in Tehran, Jalal Maleki, said on Wednesday that the deadly car accident happened a little after midnight as the Peugeot 207 was travelling through Sadr Expressway with three passengers onboard.

He said the car was diverted from the main road and then rammed into the guard rails for unknown reasons before falling from the upper deck of the double-decker expressway and going up in flames.

Two men, 17 and 18 years old, died on the spot, while a woman sustained injuries and was transferred to hospital in critical condition.

According to figures provided by the police, at least 600 people die and 20,000 more are injured every year in traffic-related accidents in Tehran.

Generally, Iran has one of the highest death tolls from road traffic accidents in the world.