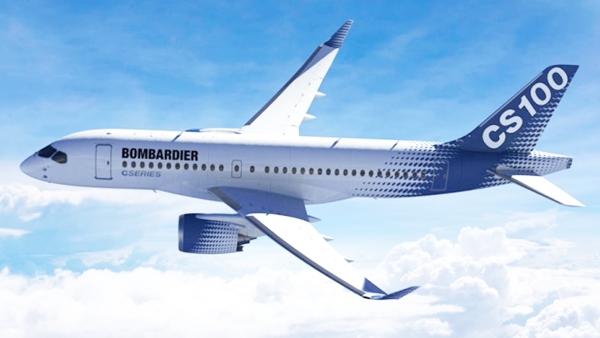 Bombardier, the Montreal-based manufacturer of planes and trains, is exploring how to enter the Iranian market now that western anti-Iran sanctions have been lifted. This is while the company faces challenges that confront all Canadian businesses looking to deal in Iran, Canadian Broadcasting Corporation reported.

Bombardier officials have reportedly made two visits to Iran in the past six months to assess the business climate in anticipation of the post-sanctions world, according to CBC News.
“We do have a commercial aircraft forecast and strategy team that’s been taking into account significant opportunities in Iran,” said Marianella Delabarrera, the communications manager for Bombardier’s commercial aircraft division.
Delabarrera said her company sees opportunities in the single-aisle regional jet and the longer range C Series plane, which would allow Iranian carriers to operate domestic routes and flights throughout the Middle East.
New aircraft sales would help Bombardier, which received a $1-billion lifeline from the Quebec government last year.
Iran’s capital, Tehran, is also upgrading its rail services, and Bombardier’s transportation division is also looking into that market.
The former Canadian government of Stephen Harper closed Canada’s Embassy in Tehran in 2012, leaving no Canadian trade officials in the country to help businesses navigate Iranian regulations and market conditions.
While the US and Europe have lifted sanctions related to Iran’s nuclear industry, Canada has not, effectively blocking most Canadian trade in a wide variety of industries, including oil and gas, transportation and communications.
Global Affairs Canada said a review of Canada’s sanctions regime is underway. Federal ministers have hinted that will happen sooner rather than later, so Canadian businesses aren’t left out in the cold, Financial Tribune reported.
Years of sanctions have left Iran’s civil air fleet dilapidated and in need of major renewal. Iran’s minister of roads and urban development announced on Saturday that Iran has agreed to buy 114 aircraft from the European-based manufacturing consortium Airbus.