Can they meet the deadline? A miracle is needed. 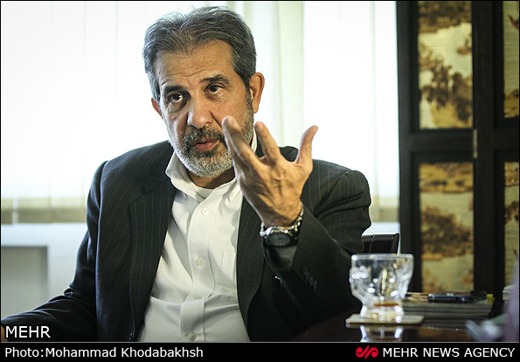 A former Foreign Ministry spokesman says the Americans, who have prolonged the talks, cannot put on a holier-than-thou face blaming Iran for the inconclusiveness of the talks.

A former Iranian Foreign Ministry spokesman says that Iran and P5+1 can – should a miracle intervene – conclude a comprehensive, final nuclear deal by the end-of-June deadline.

Hamidreza Asefi made the comment in an interview with Fararu, a news website, on June 10 and added that a US warning that time is running out is an ignorable ploy to get more concessions from Iran.

His remarks came in reaction to remarks by Tony Blinken – the US Deputy Secretary of State and the former Deputy National Security Advisor for President Barack Obama – who said at the American Jewish Committee’s Global Forum on Monday that “The June 30 deadline is fast approaching, and we [Iran and the P5+1 countries] do not yet have a comprehensive [nuclear] agreement, and there remains a chance that we won’t get one. If we don’t get what we need on a few key issues, we won’t get there.”

The following is the translation of what else Asefi, an expert in international affairs, said in the interview:

Asefi said the course the nuclear talks between Iran and P5+1 has taken shows that there is a slim chance for the two sides to reach a final agreement by June 30, adding only a miracle can help the talks end in a final, comprehensive deal in the remaining time to go before the looming deadline.

As for the reason behind such pessimism, he said conclusion of a deal is a remote possibility because on the one hand the Americans are constantly backing out and dishonoring their previous promises in the talks, and on the other they raise new subjects in every round of negotiations.

At talks which are held at this level, when parties reach common ground on certain questions, in the next round they normally pick up where they have left off in the previous round to stop the talks from dragging on, he said.

Following the Lausanne agreement, the Americans have taken a few steps back in each round and expressed fresh views on the issues about which the two sides have already reached an agreement – albeit relative – instead of beginning where they have left off in the previous round, he added.

The former Foreign Ministry spokesman further said it is quite natural for the talks to linger because of the way the Americans behave in the negotiations, and prospects for clinching a comprehensive deal according to plan are bleak.

This is the US gambit to prolong the talks and sound a note of warning about the time as the deadline approaches, he said, adding the Americans’ warning is aimed at piling pressure on the other party in order to get more concessions in the talks.

“In the preliminary round of Geneva talks which resulted in a Joint Plan of Action, the Americans did the same thing. They started the talks in the morning of November 23, 2013 and continued into the following day just to put pressures on the other side in the final moments and reach an agreement which could meet more of their demands. Luckily, the Iranian nuclear team did not fall into the US trap.

“Finally, the Americans had to ink an agreement which could meet the expectations of all sides. Like the preliminary talks, certainly this method cannot work in the final round as well.

“The Supreme Leader and members of the country’s nuclear team have said that Iran won’t be pushed by deadlines to strike a comprehensive deal – also repeated by Mr. Takht-e Ravanchi in a meeting with Chairman of the European Parliament’s Committee on Foreign Affairs Elmar Brok – and won’t decide [on the nuclear issue] by the deadline at the expense of quality. What matters for Iran is to reach a good agreement. This is a wise and sound stance.

“It won’t be a big deal if the two sides fail to reach a deal by July first and the deadline is extended to August 1, for instance, because what is important is the conclusion of a good deal. Here Iran is not to blame because the Americans are the ones who make the talks drag past deadline.

“By now, the Americans have postponed the implementation of the nuclear deal at least 45 days by involving Congress in the review process of the comprehensive, final deal.

“Because the Americans have prolonged the talks by allowing the US Congress to review the final deal, they cannot put on a self-righteous face asking why the talks do not produce the intended result in the scheduled time. They have no right to complain about Iran’s close attention to and insistence on reaching a good deal.”

Asefi then touched upon failure to meet the deadline and whether it marks the end or breakdown of the talks and said although everything could possibly happen in politics and international relations, the two sides are unlikely to officially announce the inconclusiveness of the talks.

The former spokesman concluded that missing the deadline does not translate into the collapse of the negotiations, saying the parties to the talks would think about other options – the closest and most accessible option is the extension of the talks – and would try to press ahead with the talks until they work out a solution and reach common ground.