Can Iran live with the Taliban in its backyard? 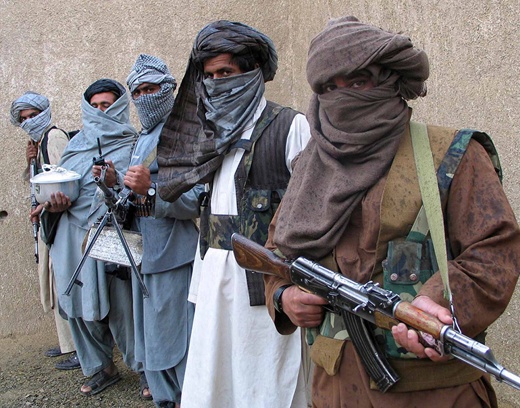 Iran has concluded that living with the Taliban, which is to become part of the Afghan political structure, would better serve its national interest and stabilize the region, says a political analyst.

An Afghan political analyst says Iran has come to the conclusion that it has to get along with the Taliban to serve its national interests in the long run.

Pir-Mohammad Molazehi, an expert in Indian Subcontinent Affairs, also says if the Taliban make peace with the central government in Kabul, they can take control of areas in southern Afghanistan. Thus Iran will have to recognize the Taliban who would become its southeastern neighbor.

Mohammad Ashraf Ghani has made important decisions ever since he became president, among them inking security agreements with the US and Pakistan, and launching peace talks with the Taliban.

As the Afghan government is thinking about holding talks with the Taliban in the south, Kunduz in the north has turned into the scene of bitter clashes between Afghan forces and extremists hailing from other nations. The clashes in Kunduz – which serves as the gateway to Central Asia – are likely to drag the Russians and Chinese into this quagmire.

Khabaronline, a news website, on June 7 published an interview with Molazehi on what is going on in Afghanistan, what the Taliban are doing and how Iran will deal with them. The following is the translation of part of what he said in the interview:

Afghanistan and its southeastern neighbor

[…] Kabul believes that the Taliban, Gulbuddin Hekmatyar’s Islamic Party and the Haqqani network are all supported by Pakistan’s Inter-Services Intelligence. Islamabad, on the other hand, is skeptical of ties between Afghanistan and India. […] Things have changed under President Ashraf Ghani. He is seeking to find answers to security issues and make peace with the Taliban through interaction with the Pakistanis. To make peace with the Taliban, the Pakistani intelligence service should shed its support for the Taliban and other opposing groups and prod them to enter talks and work out a political solution to the Afghan crisis.

In exchange, Islamabad has called on Kabul not to do anything against Pakistan’s national security in its relations with New Delhi. If the two neighbors can clinch such an agreement, it can be a positive step toward regional peace and security, because the Taliban have jeopardized the security of both countries.

The agreement between the two neighbors’ intelligence services has drawn fierce opposition. Many in Afghanistan do not trust Pakistan, saying it fails to honor its promises. […] If these doubts are cleared up, the region seems likely to experience peace and stability.

Peace talks with the Taliban

There are many problems standing in the way. The Taliban are not very much willing to enter the talks. Pakistan has failed to meet the Afghan expectations. […] A team of the Afghanistan High Peace Council (HPC) and a Taliban delegation held talks in Qatar, but they failed to reach agreement. The next round of talks will be held in Dubai.

The current conditions and the presence – by 2024 – of US forces in the Afghan military base have caused the Taliban to think about getting their hands on power, albeit partially. The central government was supposed to hand to the Taliban a few ministries and the capital’s Pashtun-dominated districts as well as parts of eastern and southern Afghanistan as part of a self-rule region. If the Taliban lay down arms and turn into a party which does political activities, the stage could be set for establishing peace.

The Taliban and Spring Offensive

The Taliban have announced they will launch the Spring Offensive which the Afghan officials say would be the group’s final attempt before the talks. The offensive can help the Taliban occupy more regions and get more concessions from the central government. This is a high-stakes situation. The Taliban are unable to defeat the US and Afghan forces and seize the north; Kabul and Washington too cannot push the Taliban back in the south. The only solution to the current military standoff is holding talks.

The Taliban in Iran

The Taliban had a trip to Tehran although it was not officially confirmed by Iran’s Foreign Ministry officials. The Taliban are at odds with Iran ideologically, religiously and ethnically. They are extremists who want to help Pashtuns gain power. […] A Taliban trip to Iran could be indicative of the fact that Iran has decided to put up with the Taliban. If the Taliban become part of a power-sharing government in Afghanistan, they would be in control of the regions which share border with southern Khorasan and Sistan and Baluchestan. If so, how can Iran get along with this group without getting engaged in violent clashes? […]

The two sides seem to have developed some sort of political realism for their survival and handling the affairs. If cooperation with people in northern Afghanistan, Shiites and the Hazaras [Persian-speaking people who mainly live in central Afghanistan and Pakistan] had served Iran’s political interests, now Iran needs to take into account another factor: the Taliban and Pashtuns.

If the Taliban – in its give-and-take with the central government – gain power in the regions along Iran’s border, the Iranian side will have no other option but to come to terms with the group. […] Realism calls for Iran to include the Taliban in its political equations. If the Taliban opt for political realism and align with the Pashtuns, they can turn into a powerful political party in next year’s elections and seize power through balloting, which is a peaceful means.

A decision to get along with the Taliban shows that Iran has contemplated the question [of Afghanistan with the Taliban as part of legitimate power structure] in the long run, trying not to remain at variance with the group; rather, Tehran is seeking a peaceful strategy to both keep its borders safe and serve its interests.

The developments unfolding in Kunduz are complex. The forces that are active there are from Hizb ut-Tahrir and Islamic Party from Uzbekistan, Tajikistan and Chechnya – not the Taliban – and have set their sights on Central Asia, not northern Afghanistan. The Taliban are working with them; that has made Russia and China very concerned.  […]

The Uyghurs are also present in Kunduz, but they are eying China’s Xinjiang province. Central Asian countries such as China, Uzbekistan, Kazakhstan, Turkmenistan, Chechnya and Russia are also at stake. In Kunduz, the Taliban are not the only player involved in the conflict. The Taliban have concentrated their operations in a special region – from the east to the south and from the center to the north – but when it comes to other players in the region they are aiming for a region beyond northern Afghanistan. They seek to rid Central Asia of the influence of China and Russia so that Islamic forces can take over in the region.

Russian and Chinese forces in Kunduz

With Russia and China barring these groups from expanding their activities in Kunduz, their objectives are not easily materialized there, so one should not imagine that these two countries will engage in military operations against these groups. The Russians have combat experience in Afghanistan and do not want to be dragged into another war and repeat their past defeats, but they will prevent these groups from setting foot on Russian soil by blocking them at the border.

The groups active in Kunduz are expert in guerrilla and petty warfare. When it comes to their fighting, there will be no end in sight for their operations. Still, that is not enough reason to imagine that they would one day separate Xinjiang from China and establish – as they claim – an Islamic state in East Turkestan. This is not achievable in the short term because the Chinese and Russian armies are powerful.

That these groups are Taliban’s allies is an upside for them. The Taliban take advantage of this and launch attacks against the central government to capture the areas they seek. The Taliban and Islamist forces are at war with government forces and Afghan guerrillas. […]

These Islamic groups attach significance to the Taliban and Afghanistan. With the Taliban rising to power in Afghanistan, these groups can find a stronghold to support the Islamists in Kunduz. If that happens, they could get closer to their target which is disintegration of Turkestan and Xinjiang.

Islamists in Afghanistan and ISIL

They have links with ISIL. They are local subgroups of ISIL, but it does not mean that Iraq- and Syria-like ISIL militant are active in the country. These groups mostly tap into Al-Qaeda experience: mobilization of tribal groups from different countries in one region to unite them against their home countries.

These tribal groups swore allegiance to who they call the Islamic caliph of Al-Qaeda and ISIL. They are Central Asian locals, not Arabs. ISIL, which is active in Iraq and Syria, is not in Kunduz, but it [the terrorist group] has claimed its forces are present in Central Asia fighting for the spread of Islam because they seek to expand the [so-called] Islamic State from North Africa to Central Asia – as they put it.