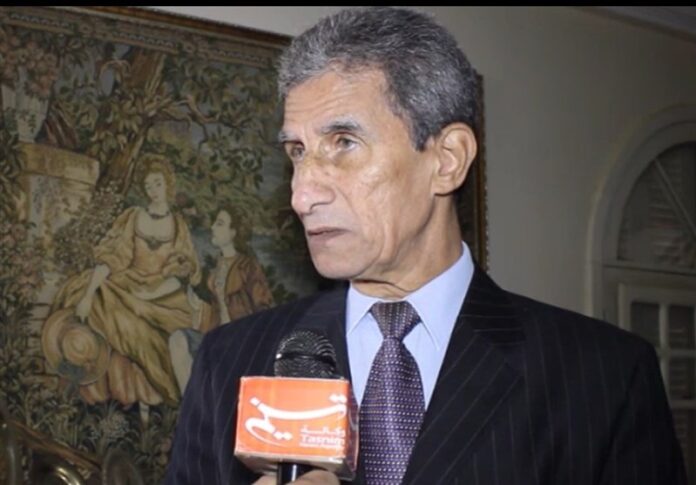 A former Egyptian official says the unfriendly approach that Cairo has adopted toward Tehran is due to pressure from certain Arab governments.

In an interview with Tasnim news agency, former Egyptian Deputy Foreign Minister Masoum Marzouk has discussed the key challenges to the normalization of Tehran-Cairo ties.

He says relations between the two countries should not be determined by whether they have good or bad relations with a third state. Marzouk notes that Egypt’s relations with Iran, like with other Mideast countries, should be based on common interests and non-interference in each other’s internal affairs.

He says Egypt should pay attention to some special features of Iran. The former Egyptian official believes Tehran and Cairo are undoubtedly two regional heavyweights and have what it takes to work together closely to form a bulwark against the interference of other countries.

Here is the full text of the Farsi interview.

Q: In your idea, what are the key challenges facing Iran and Egypt?

A: For my money, both sides have misconceptions which could lead to wrong predictions and wrong stances. Egypt adopted unfriendly positions on Iran due to pressure from certain friendly Arab states. I believe a sort of logical diplomacy is needed to rebuild a bridge between Iran and Egypt because it is in the interest of both sides to have a good relationship.

Q: Can Iran and Egypt, themselves, resume their relations or should other countries come into the play and make it happen?

A: I think Tehran holds the key [to restoration of Iran-Egypt ties]. Egypt’s key concern is security issues. Therefore, Iran can have better interaction with Egypt and show more flexibility, so that Cairo, in turn, will have better engagement with Tehran.

Q: As an Egyptian citizen, how do you see the political and economic situation of Egypt? Can it contribute to restoration of ties between the two countries?

A: In my point of view, given Egypt’s domestic situation, the atmosphere in the country is very frustrating and saddening, so much so that Egyptian people don’t care much about international relations. The only issue which is important and they pay attention to is Palestine. The overall mood in the country is one of chaos and depression. Everyday life is bearing down on people’s shoulders, so much so that they rarely think about other issues.

Q: It is said that resumption of Iran-Egypt ties is subject to approval by the security apparatus. Is that true?

A: There is no doubt that the security apparatus plays a considerable role in mutual relations. But the point is that cordial diplomatic cooperation is more important than seeing the issue in a security context. There used to be diplomatic channels, but they were closed and need to be reopened. If those channels are opened again, I think the two countries can restore their links.

Q: Do you think tourism and economy can contribute to the restoration of Iran-Egypt ties?

A: Yes. Different factors such as security, political and diplomatic factors as well tourism and economy play a very significant role. Iran and Egypt have very big markets and the two countries can contribute to one another’s economic interests. Definitely, tourism can play a pivotal role here. There are many Egyptians who are interested in travelling to Iran to visit the country’s historical and cultural monuments. Likewise, many Iranians are keen to visit Egypt and its tourist attractions. So, I think this is very important and can bring about flexibility in Tehran-Cairo relations.

Q: Do you think the resumption of Iran-Egypt ties might have been caused by tensions in relation between Egypt and Saudi Arabia? Or could it be a result of Egypt’s rows with some Persian Gulf Arab states?