Boy Left Alone at Sea with Father Killed by Saudis 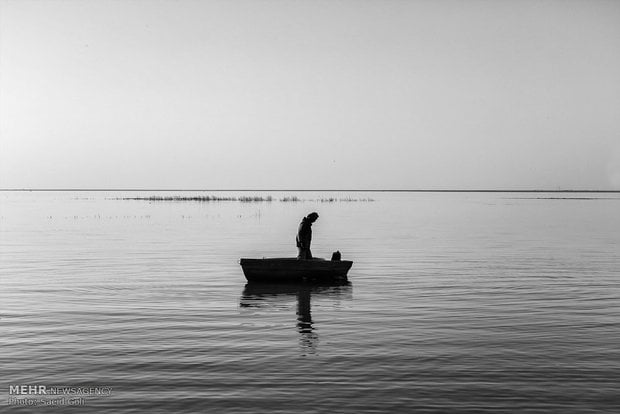 An Iranian fisherman was recently shot dead by Saudi coast guards in front of his son’s eyes. The son has narrated the sad story of the tragic night when he was left alone with the body of his slain dad in the middle of the sea.

“I reached the shore with my father’s dead body at twilight. My mother, brother, wife and children along with other relatives as well as police officers were waiting for us. I didn’t expect to see them there. How on earth they had received the news? Maybe I had told them myself, but I couldn’t remember whether or not I’d called them and if yes, when? My father had three lumbar disc surgeries in the past and the Saudi guards had shot him in the waist.”

These lines are part of the painful memory of the son of an Iranian fisherman who was shot dead recently by Saudi guards on the water border between Iran and Saudi Arabia.

Farhad Siamir, the son of the slain captain Siamir, was accompanying his father in the sea during the dark night at which the Saudi guards fired seven bullets at their boat and killed his father.

“It was 11 pm. We had gone to an area near Forouzan oil wells to catch fish. All the regional fishermen are familiar with the area and we never had any problem for fishing there. Even the Indian and Saudi Arabian fishermen know that there is no water boundary between Iran and Saudi Arabia,” he said.

“During the night, a strong wind was blowing and “we were fishing under the torches of Forouzan oil wells. All of a sudden, our boat developed a technical fault and switched off. It took us about 45 minutes to diagnose the fault. My father checked the wires and finally managed to remove the problem. So we started our journey to home,” he said.

Farhad said on the way back home, several Saudi boats began to hunt them down. “They came closer and began to fire at us even after finding out that we are fishermen. There were a number of Indian boats around as well, but the Saudi guards just fired at us,” he remembered.

According to Farhad, the Saudi guards began to shoot at them at a distance of 30 to 40 metres. “They first fired 6 to 7 bullets at us. We desperately laid on the deck,” he noted.

“I got into a panic when I heard the cry of my father. I began to shout. Then immediately I switched on the boat to flee the scene. Having arrived in the area under Forouzan torches, I breathed a sigh of relief to see the Saudi guards are not hunting us down any longer. My father’s body had become cold. He didn’t show any sign of life. I was getting desperate. It was 1 am and to reach home I had to spend 4 hours more alone with my father’s dead body.”

“They had killed my father before my eyes. I was wondering how to inform my family of our father’s death. I called my brother and said our father has been shot and wounded. Then my cell phone dropped in the sea. I cannot remember those moments. My brother says I called him and told what had happened. I asked him when and how? I made the same statement in the court. They say I called my brother, but I don’t remember the details,” he said.

During the visit of deputy governor of Bushehr Province to Siamir’s house to express sympathy with the family over their father’s death, Farhad called on the Iranian officials to take revenge on his father’s killers.

“The Saudi boats usually enter Iranian waters, but they have never come under attack so far. The Saudi guards fired at us despite knowing that we are just fishermen. My father seemed very old at the age of 52 because he bore the burden of earning a livelihood under terrible condition. He lost his life in the sea while earning a livelihood for his family,” he said.