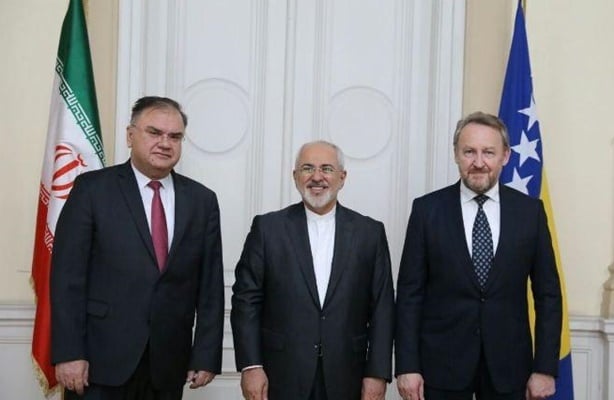 Baqer Ezzat Begovic, the head of the Bosnia and Herzegovina Presidency, has underlined his country’s determination to promote mutual cooperation with Iran in all areas.

In a Friday meeting with Iranian Foreign Minister Mohammad Javad Zarif in Sarajevo, Begovic extended a warm welcome to the Iranian foreign minister and his accompanying delegation and showed his country’s deep appreciation for the support coming from Iran.

“The people of Bosnia and Herzegovina from all ethnic groups will never forget Iran’s support,” he noted.

Begovic then said the political and cultural relations between the two sides are now standing at an ideal level, but the economic ties have not yet developed at the same pace over the past years.

However, he added, the grounds are now prepared for a jump in economic relations between the two sides after the removal of international sanctions on Iran.

“We are now exploring ways to facilitate banking relations and visa issuance for two sides’ people. The obstacles will surely be removed,” he noted.

“We hope the relations and social cohesion among Bosnian ethnic groups would grow further to see more security and development in Bosnia and Herzegovina. The Islamic Republic of Iran will always stand by you,” he added.

Zarif then referred to the visit of a high-ranking Iranian delegation along with him to the country and said the visit could be a good starting point for expediting economic ties between the two sides.

He said Iran and Bosnia and Herzegovina have various fields of mutual interests for expanding relations and added Iran can be a reliable source of energy for the country.

Zarif cited terrorism and fight against extremism as one of the main common concerns between Iran and Bosnia and Herzegovina as well as the European Union.

He said extremism has nothing to do with Islam and other religions and added ideological and cultural fight against extremism should be among the top priorities of all.

“Establishment of cooperation in this field is in the interest of regional and international peace and security.”

During the talks, other members of the Bosnia and Herzegovina Presidency expressed their will to expand and deepen their country’s relations with the Islamic Republic of Iran in all fields.

During the Friday meeting, the two sides conferred on the ways of expanding economic and commercial relations, creating facilities and removing obstacles to expansion of ties. 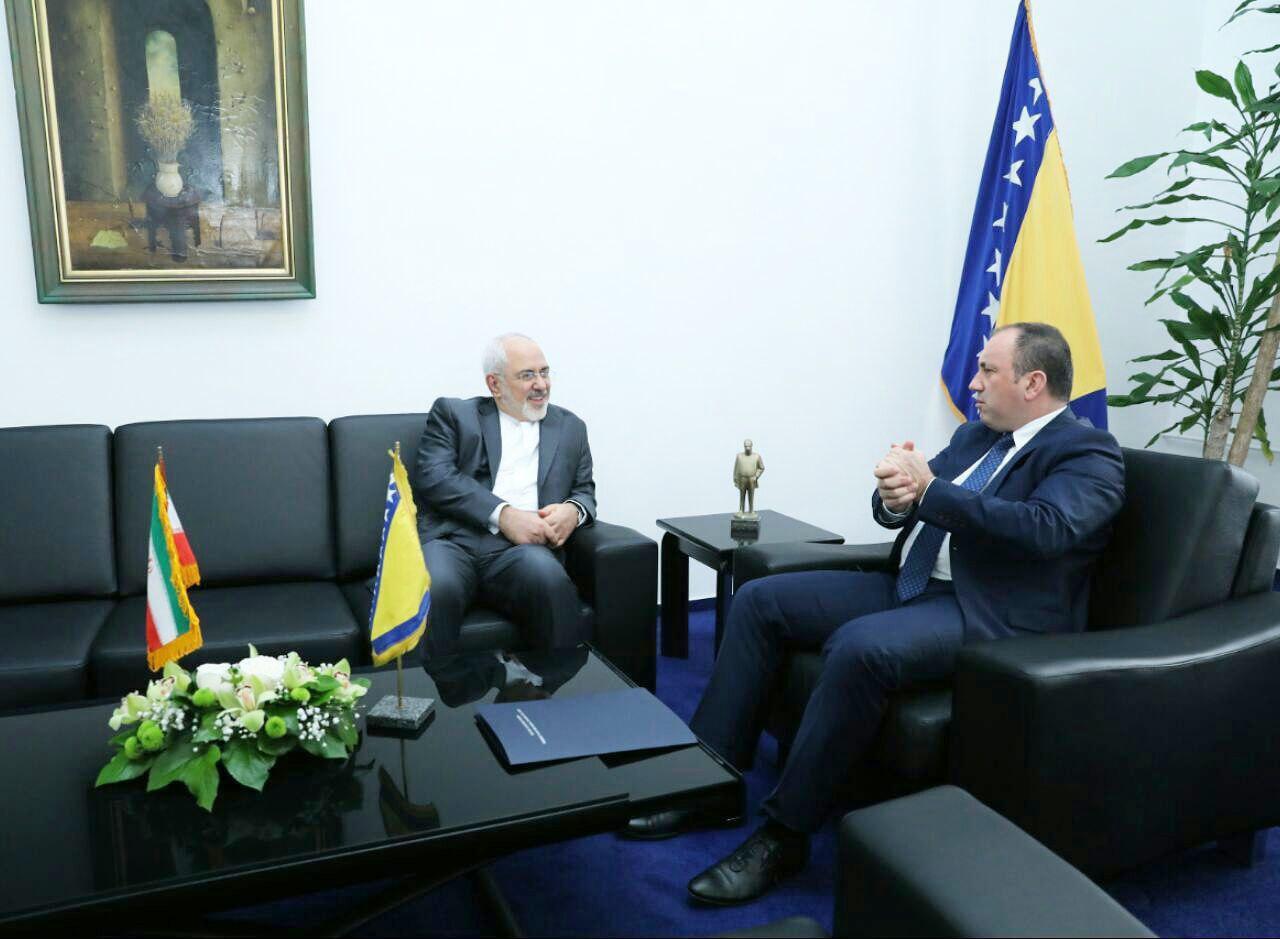 Zarif also held talks with his Bosnian counterpart Igor Crnadak on the need to combat terrorists and extremists as a common threat to the world.

In their Friday talks, the two sides reviewed the latest developments in relations between the two countries in the political, economic and cultural fields and stressed the development of mutual ties in all spheres.

Zarif and Crnadak also discussed the latest regional and international developments and the need for closer cooperation between the two countries at the international organizations.

The Iranian and Bosnian top officials further exchanged views on the need to combat terrorists and extremists as a common threat to all regions of the world.

Furthermore, they called for the cooperation of the two countries in this regard and also the boosting of tourism and people-to-people relations as well as visa facilitation for businesspeople and entrepreneurs of Iran and Bosnia.

Bosnia and Herzegovina is the last leg of Iranian foreign minister’s regional tour to Eastern Europe and the Balkans which began on Monday. Earlier he held talks with officials in Serbia, Bulgaria and Croatia.

A high-ranking political and economic delegation, including businessmen and entrepreneurs from the private and public sectors, are accompanying the top Iranian diplomat.