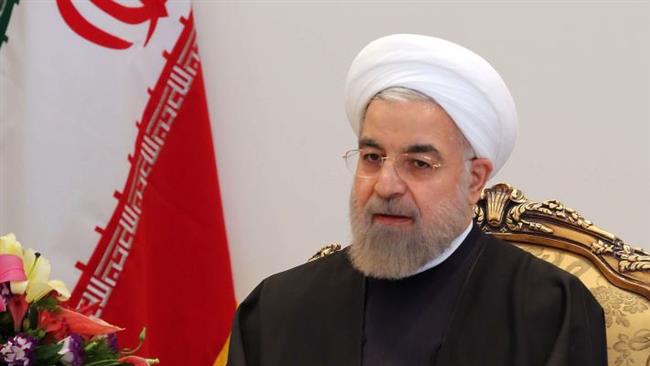 President Hassan Rouhani said that bombardments and airstrikes are not effective ways in the fight against terrorism.

Speaking in a meeting with members of US think tanks on Sunday, the president underlined that Western measures, including bombardment of the region, have stepped up violence.

Fighting terrorists is not possible by air strikes; they should be countered face to face, President Rouhani added.

The entire world believes in a counter-terrorism program, but each side has its own priorities for resolution of the issue, President Rouhani asserted.

Stressing that the fight against terrorism in Syria is the first step, he also urged political reforms in the war-torn region.

Big powers have the ability to prevent Iran from selling its oil but ISIL has captured two thirds of Syrian soil and sells the region’s oil, the president said as he questioned certain powers’ honesty in fighting terrorism.

If ISIL kills people in Syria and Iraq, it is not a threat but if it poses a danger to European countries, they will counter it, he added.

President Rouhani urged the world to use win-win talks to find sustainable solutions to world problems.

He said that Iran and P5+1 nuclear deal proved the fact that resolution of issues by means of dialogue is in the interest of all sides.

Referring to drought and environmental problems as well as an increase in violence and unrest in the region, the president said there have been also some positive developments in the world.

He called Iran and P5+1 nuclear deal as a major breakthrough in the world, adding that the Joint Comprehensive Plan of Action (JCPOA) created hope for the world.

Resolution of issues is only possible through win-win talks and any negotiation that has a loser, will not be sustainable, the president added.

He underlined that Iran is committed to its obligations under JCPOA and believes that execution of the agreement is in the interest of all sides.

Referring to certain oppositions to and suspicions about JCPOA in the US Congress, he encouraged US Senators to believe in other nations’ political growth.

Government is committed to developing ties with the world and decreasing tensions, President Rouhani noted.

Nuclear deal has created new ground for cooperation between Iran and the world, the president added.

He said that elite groups of the world have a great responsibility to decrease tension in the world.