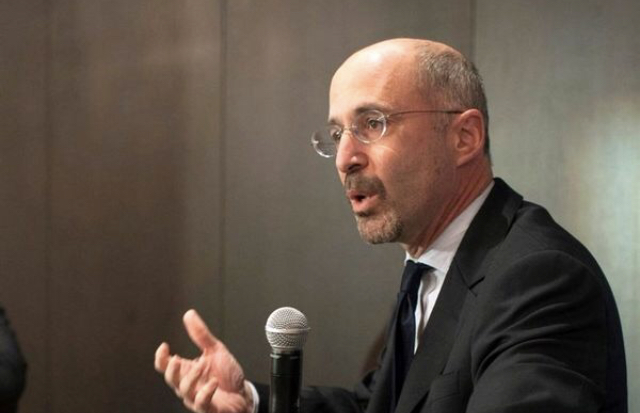 US Special Envoy for Iran Robert Malley stated on Friday the administration of President Joe Biden "can't wait forever" for Tehran to come back to the negotiating table in Austria’s capital, Vienna.

“We can’t wait forever as Iran continues its nuclear advances because at some point their advances will be such as to make a return to the JCPOA [Joint Comprehensive Plan of Action] much less valuable to the US than it would otherwise be,” Malley said in an interview with Bloomberg Television.

Malley added that the US was “prepared to be patient” but noted that unless progress was being made again on negotiations that at some point “we’ll have to reach a different conclusion”, a similar outlook to that expressed by Biden recently in remarks during a White House visit by Israeli Prime Minister Naftali Bennett.

If diplomacy fails with Iran, then “we’re ready to turn to other options”, Biden stated.

Former US President Donald Trump abandoned the accord in 2018 and began imposing tough sanctions on Iran.

The sixth round of talks between Tehran and world powers on reviving the 2015 nuclear accord ended on June 20, days after Ebrahim Raisi won Iran’s presidential election.

Stalled talks aimed at reviving Iran’s nuclear agreement with world powers will likely not resume for another two to three months, according to Tehran’s foreign ministry.

“We are not seeking to flee the negotiation table and the government considers a real negotiation is a negotiation that produces palpable results allowing the rights of the Iranian nation to be guaranteed,” Foreign Minister Hossein Amir Abdollahian said during an interview broadcast on Tuesday evening by state television.

The Vienna talks are “one of the questions on the foreign policy and government agenda”, he added.

But “the other party knows full well that a process of two to three months is required for the new government to establish itself and to start taking decisions”, he noted.