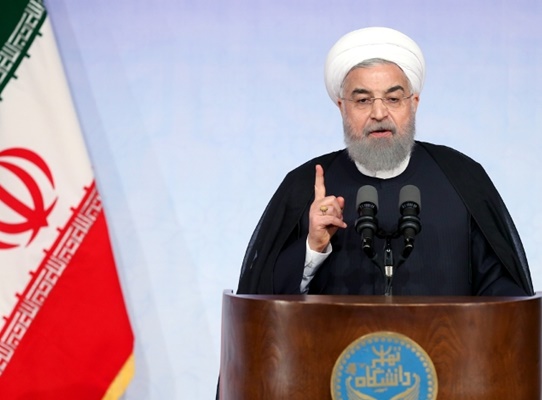 Iranian President Hassan Rouhani says the benefits gained by the nuclear deal are irreversible and no one, including US President Donald Trump, can harm them.

Speaking in a ceremony at the University of Tehran on Saturday, Rouhani said neither Trump nor even ten other people like him cannot break the nuclear deal known as JCPOA.

“Today, if the United States violates the JCPOA, the whole world condemns Washington, not Tehran,” Rouhani stressed, recalling that during the nuclear talks, the Islamic Republic proved its political power to the world.

He said, however, critics of the deal inside the country say why you trusted the United States and signed the agreement.

Rouhani referred to a verse from the Holy Quran on Prophet Mohammed’s (PBUH) deals with the infidels which were breached by them for many times, and said the Prophet kept making the deals despite their breaches of their promises.

“The party who makes a deal will not lose anything; rather the one who breaches a deal loses face and dignity,” he added.

President Rouhani’s comments came as the US media say President Trump is likely to refuse to certify Iran’s compliance with the nuclear deal within the coming days, allowing the Congress to re-impose sanctions.

The International Atomic Energy Agency (IAEA) has repeatedly confirmed Iran’s commitment to the deal. The European Union and Russia also insist that the nuclear agreement must be preserved and implemented.