Beneath the surface of Iran’s nuclear talks 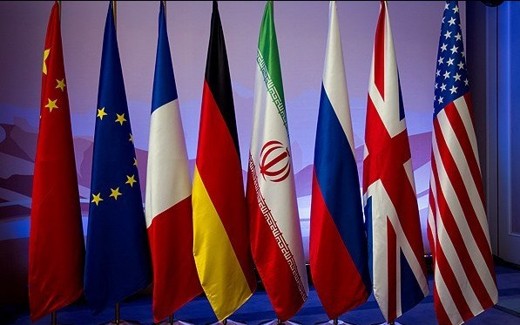 Khorasan daily has divided the nuclear talks into three periods, explaining what has happened during each period and what the Iranian team should do before the July 1 deadline.

With less than six weeks to go before the deadline by which Iran and P5+1 are likely to clinch a comprehensive nuclear deal, nothing has changed on the surface and everything is the same compared with the past 20 months. Below the surface of nuclear talks, however, evidence shows other developments are playing out.

Khorasan daily on May 18 published an analytical review of nuclear talks during three distinct periods since the 2013 presidential elections in the country. The following is the translation in its entirety of the review by Amir-Hossein Yazdanpanah:

Official remarks by Iranian authorities – including members of the nuclear negotiating team and those involved in the talks who have to date refused to release the details of the talks –suggest that a nuclear deal is believed to be around the corner in the final week [before the July 1 deadline].

This comes as the other party to the talks, especially the US, keeps changing its positions and demands. In a new, most surprising move, the Americans went beyond the fact sheet they released hours after the Lausanne statement, saying that they disapprove of certain agreements P5+1 and Iran arrived at during the nine-day-long nuclear talks in late March and early April.

Ali Akbar Velayati [the Supreme Leader’s advisor and the president of the Center for Strategic Research at the Expediency Council] who closely examines the details of the talks says that the Americans have violated the agreements – on Fordow and the UN Security Council resolutions – they accepted a month ago, and they have now put forth new demands.

To reveal the true colors of the other party to the talks, the Americans in particular, the negotiations which opened in 2013 can be analyzed in three main periods.

1) From June 2013 when Hassan Rouhani was elected Iran’s president to November 24, 2013 when a preliminary agreement was clinched in Geneva, Switzerland [also known as the Geneva interim agreement or officially titled the Joint Plan of Action (JPA)].

2) From November 2013 when the Geneva interim agreement was reached to April 2, 2015 when the Lausanne nuclear statement was announced. This period saw the two sides extend the JPA twice (in July and November 2014).

3) From the release of the Lausanne statement in April 2015 to date as nuclear talks are drawing to a close.

Of course other parameters can be used to develop such classification, but what distinguishes these three periods from each other is the behavior of the Americans.

What was announced in the first period – both on and off the record – was the fact that the Americans sent several letters and messages to Iranian officials when the 10th government was still in office to hold direct talks and that one or two sessions of such talks [between the US and Iran] were held in Oman.

Some at the eleventh government, which was new in office back then, were trying to inject a sense of optimism into society about the trend of nuclear talks through their comments and promises. The signs of this optimism were evident when the nuclear team came back home from New York and such atmosphere prevailed in the country until the conclusion of the Geneva agreement.

In the second period (from the Geneva deal to the Lausanne statement) things grew more real. A few days after the Geneva deal, both the European Union and the US imposed extensive new sanctions against Iran, something which ran counter to their explicit commitments in the deal. *2

Although the Geneva deal had explicitly called for the continuation of [nuclear] talks in good faith, the Americans took the lead in this period and piled more pressures on and made more threats against Iran.

It was exactly in this period that the US acquisitiveness barred – in the final hours of nuclear talks in Vienna in November 2014 – a final deal from being cut and the talks were extended for another seven months.

The pressures and threats made the [Iranian] negotiating team produce stronger responses to the Americans compared with the first period.

In the third period – from April 2, 2015 onward – everything seems to have gathered pace. Not much time remains until the deadline by which the two sides are expected to reach an agreement. In this period too, the Americans have failed to honor the previous agreements on several occasions or as [Director of the Atomic Energy Organization Ali Akbar] Salehi and [Supreme Leader’s advisor Ali Akbar] Velayati have put it the Americans have “backed out”.

What has transpired can be discussed from two angles. First, the closer we get to the end of the talks, the more the Americans reveal their true colors through repeatedly reneging on the previous agreements and raising new issues. Second, they pile still more pressures and make more threats during the final days of [nuclear] talks so that they can get more concessions and force Iran to give up more [than before].

At this juncture, if the country seeks to clinch a “good deal”, a deal that Iran’s negotiators can defend and the country’s senior officials and public opinion can support as an implementable deal, the nuclear team should take into account two key points.

First, the Iranian team should respect the red lines of the Iranian nation – like in the past. Under no circumstances should they [the negotiators] overstep the red lines even if the other party makes different promises.

Second, the nuclear team and executive officials should not be subdued by US pressures and threats. Never should they imagine that their uncompromising stance against the other party’s threats is likely to endanger the [ongoing] talks.

The country’s experience over the past 37 years has proved that if we fail to take a firm stance against threats as far as sensitive issues like the current nuclear talks are concerned, the other party miscalculates Iran’s position and increases its acquisitive demands. It will also ratchet up its threats and there will be no limits on what they seek.

With that being the case, not only can we not expect to have a “good deal” inked, but we should wait to see such talks break down. What is certain is the fact that the Iranian nation – which has ensured respect for its red lines through their steadfastness – will stand up to the US acquisitiveness and hypocrisy and will back the nuclear team so that the country can strike a “good deal” [with P5+1].

*1 See remarks by Morteza Bank in an interview with ISNA, “No sanctions against Iran have been lifted” and comments by Oil Minister Bijan Namdar Zanganeh in a press conference on April 14 saying, “The article on [Iran’s] receiving oil revenues and the insurance of tankers in the Geneva deal has yet to be operationalized”.
*2 For information on post-Geneva deal sanctions, go to a report in Khorasan daily titled “Fifty-five new sanctions slapped by the US following the Geneva deal”, dated August 16.
› Subscribe
Share
Facebook
Twitter
ReddIt
Email
Print
Telegram
WhatsApp
VK
LINE
Viber