Behind the scenes of the Lausanne agreement 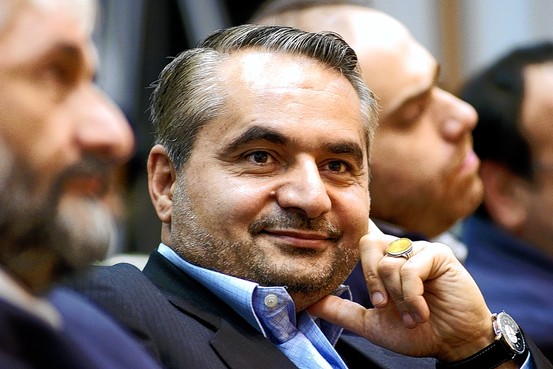 Hossein Mousavian, a former nuclear negotiator, has said that a strategy of regime change has been the mainstay of the West’s pressures and threats against Iran over the past few decades.

After 12 years of talks, Iran and world powers on April 2 eventually managed to agree on a framework for a final deal over Iran’s nuclear crisis, with the two sides announcing that they are willing to arrive at a final deal in the next three months of intensive talks.

Iran newspaper on April 21 published an opinion piece by Hossein Mousavian, a former Iranian nuclear negotiator, on what happened behind the scenes of the nuclear talks which brought about a tentative agreement. The following is a partial translation of the piece:

The framework agreement has not been an ideal option of either side; neither will be a [possible] final comprehensive deal.

The fact of the matter is that Iran and six world powers got major concessions from and granted major concessions to each other in the Lausanne agreement. […] In one sense of the word, both sides of the talks have been winners, in another, they have been both losers.

What Iran got from world powers were: Removal of sanctions and assertion of its right to peaceful nuclear technology, including enrichment. The share of world powers were: First, the most intensive verifications in the world nuclear history, and second, significant limitations on Iran’s heavy water and enrichment [capacity].

It was also the first time in the world that big powers officially accepted the right to “enrichment” in a country. […]

The current debates in Tehran, Washington and elsewhere in the world mainly focus on enrichment capacity, lifting of sanctions, Arak heavy water [reactor], Natanz and Fordow enrichment sites, R&D, inspections regime, and Iran’s enriched uranium stockpiles. But none of this is the main bone of contention behind the scenes in the US and Israel. The topics above are all the façade.

It goes without saying that “regime change” has been the core of the US strategy in post-revolution Iran. Past disputes over human rights, terrorism, weapons of mass destruction and the like have all been an excuse to pile pressures [on Iran] and topple the establishment.

[…] I have always said that Washington has supported the corrupt, totalitarian and undemocratic regimes in the Middle East. Its current allies are not on a par with Western-championed democracy and human rights standards; rather, they support Takfiri terrorism [a reference to IS]. These are undeniable facts for the West.

When Iran’s nuclear crisis was sparked off back in 2003, many in Iran – me included – were concerned saying that the US should not be allowed to make arbitrary use of the [nuclear] dispute for advancing its own goals. We did not want to see Iran’s nuclear case referred to the UN Security Council and subjected to Chapter Seven. Neither did we want to see Iran regarded as a threat to international security and peace and be subjected to unjust sanctions.

Time passed and all these things happened. Following a global consensus – developed for the first time in the world – unjust sanctions were slapped on Iran. Was Iran’s nuclear program the only US target in orchestrating such a massive global measure? No. It aimed to arbitrarily use the nuclear case for tapping into global potential and international mechanisms to implement its regime-change strategy.

What is the reason behind the dispute in Washington today? Does it center on an immediate or gradual removal of sanctions, on limited or unlimited enrichment, or on Iran’s mastery of industrial-scale nuclear fuel cycle in five, 10 or 15 years? No, they are all part of the dispute, but the clandestine friction in Washington is over continuing or changing a policy of regime change.

Netanyahu and a group of US congressmen say that “nuclear agreement and removal of sanctions” followed by opening the doors to “future cooperation between Iran and the US” on the issues the two sides have common interests in – for instance, the fight against ISIL and Alqaeda – translate into “the end of the regime-change strategy” and marks the beginning of “interaction with Iran”.

The new strategy [interaction] will amount to de facto recognition of “the Islamic Republic” and Iran’s “regional position”. It took the US 35 years to test its regime-change policy in Iran and 10-25 years to build trust [as manifested] in the Lausanne agreement. US insistence on the latter [talks leading to the Lausanne agreement] is ostensibly for confidence-building in the nuclear case, but it is in fact an opportunity for America to put is “interaction-with-Iran” policy to the test.

Opponents in Washington insistently say that the new strategy will weaken or eliminate US regional allies such as Israel and Arab states. “The Iran deal threatens Israel’s survival” is what Netanyahu said about the Lausanne agreement.

In September 2013, Obama became the first US president to say in [his address to] the UN [General Assembly] that regime change in Iran is not his administration’s policy. He recognized the Supreme Leader’s religious decree on the prohibition of nuclear weapons.

Following the Lausanne agreement, Obama said that the policy of sanctions has failed and the continued policy of isolating Iran is far from reasonable.

During the years I was in the US, I told media outlets, former politicians and university professors from the US and Europe that regime-change, pressures and sanctions are wrong policies in dealing with Iran, stressing that they need to have cooperation with Iran. What I did also improved my knowledge of the US.

The most tenuous, heated debate – both covert and overt – in the US over the past few decades is not over the nuclear case; rather, the challenge which has triggered the fiercest debate ever between the US governments and Israel and anti-Iran Arabs is over changing the strategy of regime change.

This challenge has fuelled bitter hatred – on the part of Republican hawks, hardline Zionists and certain spiteful Arab countries – for Obama. When it comes to US, Israeli and Arab hardliners, the hatred is much deeper for Obama’s interaction with Iran and the Lausanne agreement.

If Obama’s interaction with Iran results in a final [nuclear] deal, it will open a new chapter in Iran’s political history and the Middle East’s political equation. For sure, Obama will not easily negotiate “the pass of a changed US strategy on Iran”; the political life of those from the two sides who are moving along a path which is likely to lead to a nuclear agreement will not remain immune to risks.

I think Iranians too are surmounting the rockiest political pass of the post-revolution era. […]