The Republic of Azerbaijan has reportedly released two Iranian truck drivers it detained in September, suggesting the bordering countries are trying to reduce tensions and avoid a possible conflict over critical transit routes and the Zionist regime’s presence in the region.

Iran blames the tensions on the Israeli regime’s presence in the Azerbaijan Republic, saying the issue poses a threat to the Islamic Republic’s national security.

Iran’s trade ties with Armenia also emerged as a flashpoint after Azerbaijan began imposing a road tax on Iranian trucks that use a critical trade corridor to ship goods to the Armenian capital. 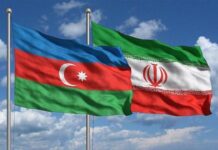