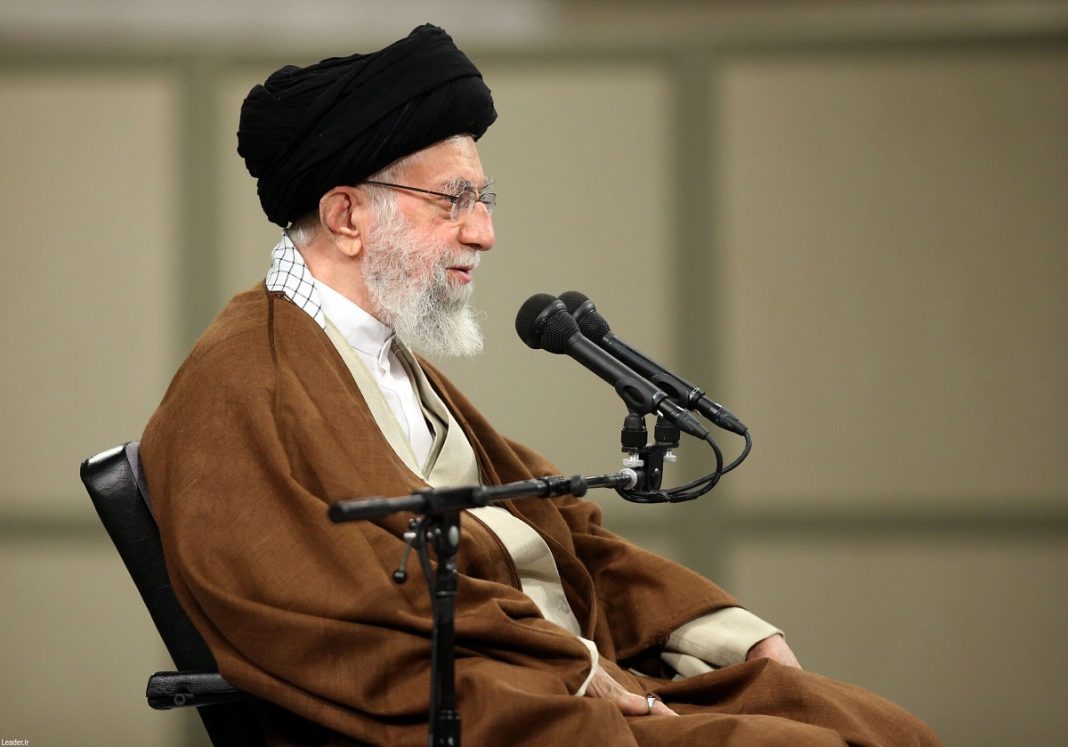 Leader of the Islamic Revolution Ayatollah Seyyed Ali Khamenei says “Negotiations will not settle our problems with America. There’s only one thing that solves the problems, and that’s paying ransoms” not once but on a daily basis.

Ayatollah Khamenei made the comments during a meeting with a group of Basij forces in Tehran on Saturday.

Explaining the enemies’ methods of blackmailing, the Leader said they initially call for the Iranians to stop enriching uranium to 20% purity, and when that demand is met, they urge the country to stop 5% enrichment as well.

As a case in point, Ayatollah Khamenei referred to Washington’s refusal to uphold its commitments under the 2015 Iran nuclear deal.

The Americans, he said, pledged to remove their sanctions on Iran and free the country’s frozen assets abroad if Iran restricted its nuclear program, but they did not act on the promises although Iran upheld its end of the bargain.

The enemies then move forward to order the country to fully abandon its nuclear program, change the Constitution, and abolish the Assembly of Experts, the Leader added.

Ayatollah Khamenei said no Iranians, even those who may not even believe in the Islamic Republic, will accept to pay such ransoms to America.

The Leader further elaborated on a long-running American conspiracy to set the stage for military intervention in Iran and gain dominance over the resource-rich and geopolitically-significant country.

Before attacking Iran and bringing the Islamic establishment to its knees, he explained, the Americans planned to initially paralyze those regional countries that served as the strategic depth of Iran in the region and those which were related to the Islamic Republic in one way or another.

He added the Americans openly admitted to the plot themselves later.

In turn, the Islamic Republic did not intervene to stop the plot in North Africa, but the “Iranian policy was useful in Iraq, Syria and Lebanon.”

Ayatollah Khamenei praised Iran’s national soccer squad, known as Team Melli, for scoring a great win against the Wales and filling the nation with joy.

The Leader, however, warned that while the world’s eyes are on the international tournament, the enemies may exploit the opportunity and take some hostile measures.

“Sometimes, enemies kick-start an [event] with a hype so that it can fulfill the main task somewhere else. The region of Caucasus, West Asia and eastern regions are important to use and we need to be on alert about them,” he added.