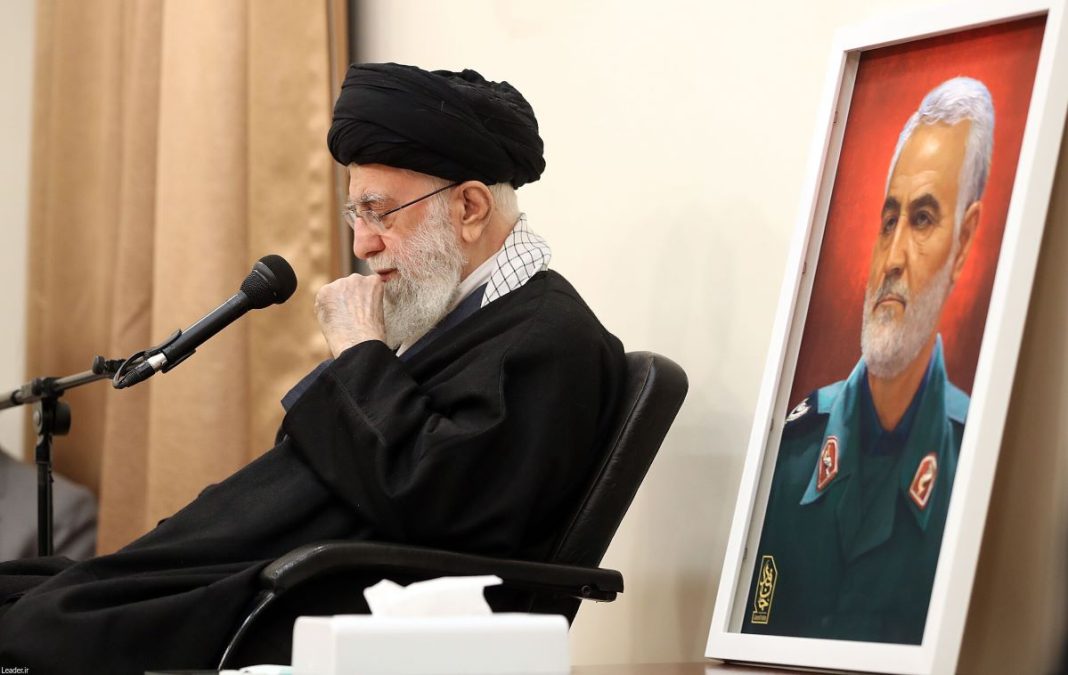 Iran’s leader Ayatollah Seyyed Ali Khamenei has praised the country’s anti-terror icon Major General Qassem Soleimani for his efforts during his lifetime, saying his success in “breathing a new life into the axis of resistance was an outstanding and major achievement.”

Ayatollah Khamenei was speaking in a meeting with the members of the headquarters commemorating Major General Soleimani and his family.

The leader added that the former commander of the Islamic Revolution Guards Corps’ Quds Force revived and preserved this lasting and thriving phenomenon in the face of the Zionist regime and the US by strengthening the morale of the resistance front.

Ayatollah Khamenei said the fact that secretary general of Lebanese resistance movement Sayyed Hassan Nasrallah, as a unique personality, is full of praise for Major General Soleimani’s struggle clearly shows the significance of the efforts of the former commander to revive the resistance.

He then referred to the successes of Palestinians in confronting the Zionists and the achievements of the resistance in Iraq, Syria and Yemen, saying Major General Soleimani used his experience of the scared defense years and the advice of his companions to empower the resistance by relying on the domestic possibilities of those nations.

The leader then spoke of the defeat of the Daesh terror group by the axis of resistance, describing this as another great achievement of Major General Soleimani.

Ayatollah Khamenei added that Major General Soleimani acquitted himself well in that fighting too.

He noted that the gap created after the martyrdom of the former Quds Force commander has been filled thanks to the efforts of its current commander General Esmaeil Ghahani.

General Soleimani was assassinated in a US drone strike near Baghdad International Airport on January 3, 2020. The attack also killed Abu Mahdi al-Muhandis, the second-in-command of Iraq’s Popular Mobilization Units (PMU) along with several others.

The attack came as General Soleimani was on an official visit to the Iraqi capital.