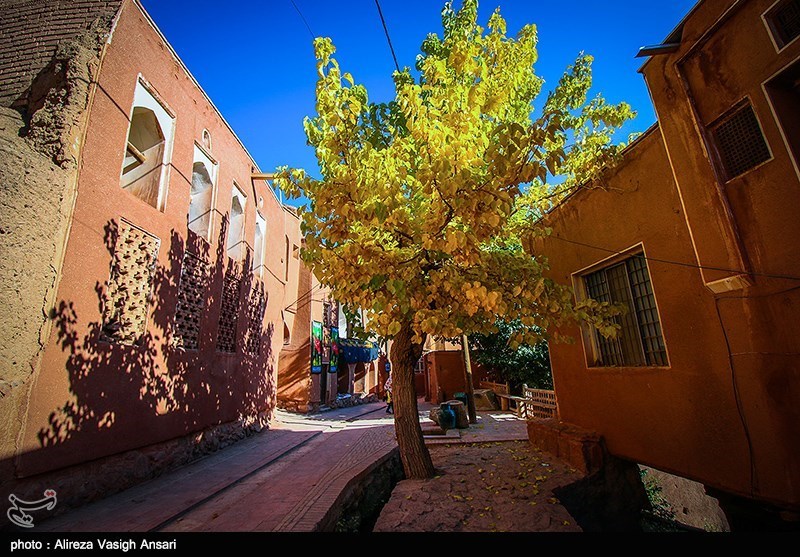 Abyaneh, a historic village in Natanz County in the central Iranian province of Isfahan, annually attracts thousands of tourists thanks to its unique atmosphere, beautiful architecture, and fine weather.

At the first glance, Abyaneh seems to be a multi-storey village that in some cases up to four storeys are visible.

The rooms are decorated with wooden windows and often have wooden porches and patios overlooking the dark and narrow alleys, which all have created interesting scenes.

Women in Abyaneh typically wear a white long scarf which has a colourful pattern and an under-knee skirt. They have persistently maintained this traditional costume.

Characterized by a peculiar reddish hue, the village is one of the oldest ones in Iran, attracting numerous native and foreign tourists year-round, especially during traditional feasts and ceremonies.

Here are Tasnim News Agency’s photos of the village: